Home Hope Classic Is castration of rapists capable of ending the scourge? 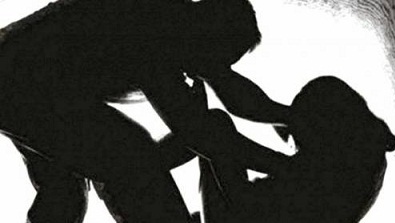 Is castration of rapists capable of ending the scourge?

The Ekiti State Government recently approached the state House of Assembly, seeking for the amendment of the Gender Based Violence (Prohibition) Law, 2011, so that the offence could carry more stringent punishment like medical castration of rapists and defilers. Lawyers expressed their views to The Hope Classic over the development.

It is totally illegal to castrate an alleged rapist or even any person found guilty of the offence of rape. I want to say without equivocation that rape or any sexual offence should be condemned in all its ramifications.

Then two wrongs cannot make a right. In my humble opinion, punishment or sentencing in law are carried out for a purpose which criminologists and legal experts may classify as corrective, reformative, deterrence and punitive . Castration, if a rapist falls under the category of punitive school of sentencing.

This to me will be too grievous a punishment to be metted out to rapists. What if it is found out that there was an error in the proceeding leading to his sentencing just like we see in America in recent times, where innocent persons were jailed for a long term only to find out after several years in prison that they did not commit the offence.

What will happen if they had been castrated? Will it be reversible? I don’t think so. We need to thread softly, while debating on punishment for a particular offence.

Even the so-called death penalty associated with capital offences is now losing its acceptability amongst the comity of nations. Many nations have thrown death penalty laws into the waste bin.  They are now looking at how to reform offenders and not to employ “an eye for an eye” mode of punishment.

Castrating sexual offenders would not be a bad idea if the person accused is actually involved in the act.

But how will the government compensate someone who was wrongly convicted and castrated?

While I don’t mind the punishment, I think it will only be good for serial sexual offenders, and not first timers.

Earlier this year, a British woman was arraigned in Cyprus court over false rape accusation.

In carrying out our capital punishment, government must be very careful so as not to do what can never be undone.

As for serial rapists, castration is good, but for first time offenders, they should be on probation.

The recent reports emanating from the Ekiti State Government on the proposed bill to the effect that rape offenders will face castration of removal of their  male genital organs, if passed into law, aside of the existing life imprisonment sanctions, or punishments being meted out to offenders, upon convictions and sentencing,.

In my legal opinion, and by virtue of constitutional provisions or provisos, section, 33 of the 1999 Constitution is in contradiction, and will be contravened.

That is to say, any law of a State Assembly or any other body who enacts any legislation, that is not consistent with the Provisions of the 1999 Constitution shall be declared unconstitutional, void, ultra- vires, and of no effect for its in constituency, and in legal parlance, the Provision of Section 33 which provides for right to life, and that no body, shall take away the life of another person in a manner that is inconsistent with the Provisions of the 1999 Constitution, which shall include, dehumanization, defacing, violence induced life threatening attempt to remove any part of the body, or such as genital organs forceful separation in a manner capable of Causing Someone’s death unlawfully, or causing a State of infirmy mental disorder, mental perturbation, other than natural, causes or the exceptions of acting in self defense or preventing escape of arrest by security agencies.

What this means is that, the likelihood of Ekiti State House of Assembly enacting a law, that will mutilate both the male and female genital organs, since the proposed bill, which is a further review of the existing Gender Based Violence Law ( GBV) is to the effect of A Gender balance law, and by the provisions of the Criminal Procedure Act, as well as its successor, the Administration of Criminal Justice law, ACJL (Act) 2015 and similar domesticated laws at the states level, like ACJL Laws of Ondo State 2016, provides that  offence of rape shall carry 14 years imprison with or without option of fine, while in the case of a rape involving a female against a female, or a female who forcefully gained carnal knowledge of a male, or a male who forcefully have carnal knowledge of a female, going by the definition of rape commits the same offence, without  consent, or consent forcefully gained or assessed, and the thing in thing , burden proved discharged, this is going to be a provocative law, reactionary legislation, that will remains controversial and unconstitutional if assented to.

However, in addition a (GBV) rework that carries more stringent capital punishment like medical castration of rapists and defilers now known as Amendment of the Gender Based Violence( Prohibition) Law, q2011, if it raises the question of capital punishments that could deter the perpetrators , according to the state House of Assembly, enacting same, it may serve the purpose of double jeopardy, and adding insults to injury or that the sanctions prescribed for an offence of rape is now lower than the one being proposed by the state House of Assembly and infringement of the Fundamental Rights of the citizens of the state.

So, if an offence of rape carries sanction of between 7 years, 14 years  and of course life imprisonment,, nothing could be added, any such ultra fascist law, will be retrospective, and regression and extra legal and extra judicial castration, which is unlawful and at variance with and in contradiction with what is contained in the relevant provisions of the 1999 Constitution CFRN sections 206 ACJL laws of Ondo State, 2016.

The proposed Ekiti State legislation will offend the rule of natural justice, and as well the provisions of section 36 (1)&(4) of CFRN as amended, and the essence of fair hearing, see the case of Afariogun V Lawal,(2012) WRN,Vol.6 Page 1_180,particularly pages 125-126.

And it can be knocked off when challenged in the court of competent jurisdiction.

Well, the state has power to make laws through the House of Assembly on any particular matter. But in the issue of medical castration, was there no provision of Criminal Code for rapists in the first place?  If there is any, while can’t the state amend the Criminal Code instead of creating another bill separately.

Rape has psychological and other effects. But, if castrating will solve the problem of rape, let them do it. But if otherwise, then let them follow the first law.

The fact remains that the offence of murder is death. Does it stop people from killing others? Beyond enactment, specific law for rape does not stop people from committing it. Rape must stop. And if castration can stop it, all well and good, But if not, let them increase the years of imprisonment.

It does not matter the kind of measure put in place to stop it, people still commit crimes every day, despite the punishment given to them.

What about if the person alleged of rape was later found not guilty after castration? Then, the person becomes useless for life.

When anybody is accused of rape, what we need to know is the effect of rape, the psychological effect on the victims, societies, people at large and the accused person because, the reason for punishing an accused person is for the person to turn over a new leaf.

But the point is this, can castration stop rape? I don’t think so.

The rate at which rape matters is reported in the media is seriously becoming prevalent.

Unlike sentence of life imprisonment for rape cases, medical castration of criminals that commit the offence of rape will have a higher impact of deterrence to persons who seek to commit the act.

The rate at which rape cases is prevalent now sends a signal that the current laws on rape are not sufficient to deter intending criminals.

If this is a passed bill, I personally don’t see the responsibility of castrating the rapists. When the law is put in place, anybody that is caught for rape should be arraigned before the court of competent jurisdiction, where the law would be applied.

I do not think castrating rapists can reduce the rate at which people rape, because we have so many capital offences that carry death penalties. For example, criminals involved in murder, armed robbery, are sentenced to jail or death by hanging,. But that does not prevent people from committing crime.

So, the best is to ensure that law enforcement agencies carry out their functions very well. It will not prevent any other person from raping. As it is now and so shall it.

If you pass a bill of castrating rapists, it will not prevent raping, but the only thing I think can only reduce it a bit is that there should be more enlightenment and parents should tutor and monitor their children to let them know the implication.

Most parents do not monitor their children. They leave them loose. So, parents too have a very vital role to play so as to reduce rape cases.

I will not be in support of the Law proposed by the Ekiti State House of Assembly to be castrating rapists. It is even barbaric. We have our Criminal Code Law that deals with such crime, but it’s just that man has been subjected.

About the proposed law, I am totally against it because it cannot work, but rather make the victims useless.

Partially, they can say that the punishment may proffer solution to the menace. But looking at it from another way, it cannot solve the problem and it can never be the real solution.

I can only advise that the measure that is stringent to the crime should be put in place.

When life imprisonment is given to someone with the addition of castration, it is extraneous. Punishment is to correct the accused persons and not to render them useless.

Really, the way our ladies dress this day also cause the menace and it is annoying. We should look at the remote cause of the problem before we proffer solution to it.

There are some factors that led to it. For example, social vice and even parents should go back home and train their children.

Some ladies have two clothes. The way they dress at home is quite different from how they dress in the school. Most of them dress like harlots.