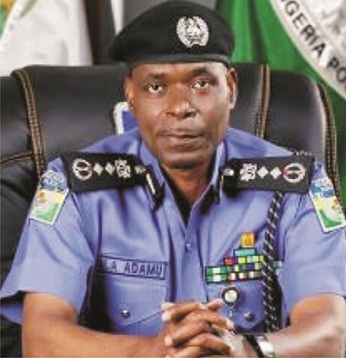 Is Nigeria ripe for state Police?

There have been agitations for state police which many believe would assist in tackling crime and criminality in our society. Kayode Olabanji and Agboola Fesobi went to town to speak with lawyers on whether Nigeria is ripe for state police?

The concept of state policing or community police in this context is to help in decentralising the Nigeria police force and add some responsibilities to the security apparatus of the second tier of government.

However, people see the idea as another way of cowering the state government to abuse the right of the opposition in various states.

It’s obvious that the present crop of our political leaders are kicking against it because of fear where we have a parallel outfit at the state level of governance.

The present security agencies in the country like the Military, Civil Defence and DSS could not mitigate the outrageous negative projection of security challenges in the country based on non compliance with the international best practices.

The constitution of the country must be looked into critically and see how and ways to tackle the menace.

For an effective policing, the state government can give instructions to the state commissioner of police and include them as members of state executive council for the purpose of regular security meeting.

The structure that is obtainable in the judiciary as an example, where both the state and Federal judiciary officers operate in synergy. A situation where a state Hgh Court judge can become a judge of the Court of Appeal subject to the ratification of the National Judicial Service Commission.

Introduction of community police to certain extent, will allow quick response to distress calls and will also discover that logistics that are always in short suffice in the Nigeria Police Force, will  be controlled by the state governor ,which will make the state governor dodge their responsibilities whenever insecurity matters arise in their respective states.

Technology could be a veritable tool in the wheel of progress in the security apparatus of the country by allowing the Federal Government to be solely responsible for the importation of arms and ammunition in order to regulate the inflow of arm in the country.

Technology transfer of equipment should be centrally controlled by the federal, so that they can monitor the activities of state police, “Sovereignty lie solely within the country.”

Funding of the police is basically in the exclusive list of the Federal Government which must be jointly shared with the state in order to ensure smooth collaboration between the three tiers of government.

Considering the security challenges the nation is confronted with at the local and state levels, I believe the time is now, though the nation is over-ripe for it.

Since the return of democracy in 1999, the agitation for the creation of state police have always been in the front burner.

However, successive governments have made frantic efforts to bring to bear ways on how to curb the incessant crimes and banditry in the country.

Nigeria is now ripe for state police, because our security challenges make it obvious that decentralising power of defence will afford other tiers of government full participation in unity, honesty and patriotism.

The only way to combat crime through technology is by developing the awareness of the citizens through mass orientation.

Nigeria is not ripe for state police, as we are not politically mature to handle state policing. Nigeria is a very complex country with politics of bitterness reigning supreme. Our political system and politicians are not mature enough to operate state police or any form of state government controlled security apparatus.

A situation where even without state police, political office holders use federal police to intimidate, frustrate and harass their political opponents owing to the fact that they do not share the same political views, thoughts, ideas and vision or that they are being constructively criticized, ought to inform us that if the state policing or community is allowed, worse acts would be perpetrated by our political gladiators.

The use of technology is another area the state cannot perform as expected, with the huge budget required by the state.

Majority of the state in Nigeria that find it difficult to pay the work force has no single helicopter to checkmate the activities of kidnappers ravaging some parts of their states.

Having state police will not perform magic that will cure all set of vices such as the rising rate of kidnapping, banditry and herdsmen clashes.

If there is, indeed, no change from the usual or thorough cleansing of the issues bedevilling the federal police, it will merely be a tool in the hands of the state governor and will consequently fail to perform its primary function.

It is not a child’s play to fund the security sector, particularly state or community policing. And the people clamouring for it should be better advised that we are not mature for it.

Police apparatus control and funding by the state government will be detrimental to the peaceful co-existence in the state. And we shall be witnessing total oppression by the ruling government, as recruitment would be done in favour of the ruling party, while political thugs will automatically turn to policemen.

Also opposition parties in the state will not be allowed to get police protection. Rigging of elections will be at the high side in favour of the ruling party, as they have the police to protect rigging.

Nigerian do not need state police now, as our political awareness is still far than near. Centrally-controlled police is still the best bet now. All we need do now as a country to make our police more effective and result-oriented is, to improve their welfare and enumerations, while all their other allowances should be adequately paid.

Also police recruitment and discharge from work should be done without bias.

In my candid opinion, Nigeria is ripe for state police.I am of this opinion, because it is when the state has the entire security of it’s state that it will be able to combat any form of danger threatening it. If the state is in charge, it is we that will recruit competent hands who are qualified to so be.

The state being restricted to itself in terms of security, will know where the shoe pinches it.

Those recruited will know the entire geographical system of its land, hence can easily fish out the bad eggs in the state.

Take for example in the USA were state policing is the order of the day, we still have FBI, CIA and so on.

The coming into existence of the state policing will definitely not bar the centre I.e Federal from having its superior unit.

Thinking about whether the politicians will be using them as a tool is the major reason why people say it is not yet ripe for us.

If I may ask a rhetorical question, now that the Federal takes control of same, are the politicians not making use of them?

If we say we are not ripe now, when are we going to be ripe?