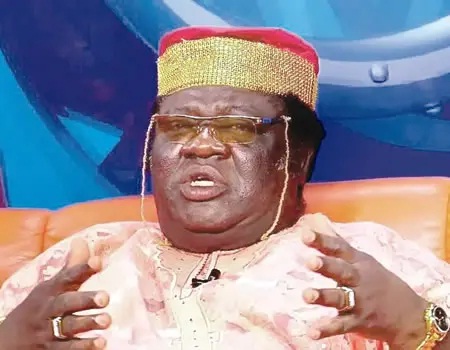 Veteran actor, Olusegun Akinremi, popularly known as ’Chief Kanran’ has called on well-meaning Nigerians to come to his aid, saying things have become extremely difficult for him.
Chief Kanran, who ruled the Nollywood scene in the 90s made this SOS call on a Facebook Live programme with Kola Olotu, revealed that he lost all he had acquired, including his wife and house.
“My house and studio got burnt. I don’t know where to go. I lost my wife. It got to a stage I was begging for money before I could eat.
“When I go to church for vigil, I will sleep in the church after the servive because I don’t have anywhere to go.”
“I stopped acting because I discovered that people were looking at me as a rich man and I don’t have anything to eat,” he explained.
He therefore appealed to the general public for help saying his problems are becoming unbearable for him.
As luck would have it, some Samaritans, who watched the programme, donated some of money for him.