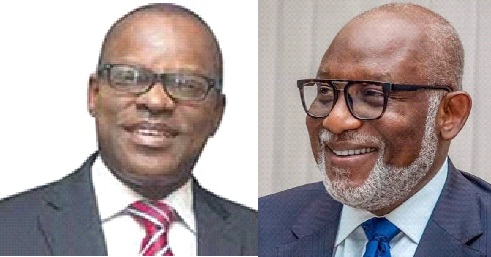 The Court of Appeal sitting in Akure, has fixed Wednesday June 16, 2021 as judgement day in the appeal brought before it by candidate of the People’s Democratic Party (PDP), Eyitayo Jegede, in the October 10, 2020 governorship election.
The Hope learnt from a PDP source that the judgment date had been communicated to all parties.
The three-man panel led by Justice Theresa Ngolika Orji-Abadua, had sat on the case after Jegede’s counsel, Oyeachi Ikpeazu, SAN, had canvassed in his submission why Governor Oluwarotimi Akeredolu and his Deputy, Lucky Aiyedatiwa should be sacked saying they were not properly nominated by their party, the All Progressives Congress (APC).
Counsel to Akeredolu and Aiyedatiwa, APC and INEC; Akin Olujimi, Lateef Fagbemi and Charles Edosanmwon, however faulted Jegede’s arguments saying the case was a pre-election matter.
The court had on June 3 through a Zoom session heard all the appeals by the appellant and defenders, while reserving judgment in the case to a later date.
The Appellate Court heard the appeal filed by the PDP candidate, Eyitayo Jegede against the tribunal judgement which affirmed the victory of Governor Oluwarotimi Akeredolu and his deputy, Lucky Aiyedatiwa in the October 10 governorship poll.
Jegede approached the Appellate Court to challenge the ruling of the Election Tribunal, which dismissed his case on the grounds that it was flawed and lacked merit.
The PDP candidate is challenging the nomination of Akeredolu by the Caretaker Chairman of the APC, Mai Mala Buni, on the grounds that the Yobe State Governor, lacks the constitutional power to be the party chairman while holding an executive position.
Akeredolu, Aiyedatiwa, APC and INEC had, however faulted the arguments of Jegede and the PDP on the grounds that their case was a pre-election matter and internal affairs of the APC which the tribunal had no jurisdiction to entertain.
While the tribunal ruled that it had jurisdiction to entertain the case, it, however struck it out saying evidences confirmed that Akeredolu and Aiyedatiwa were properly nominated by the APC.
It was gathered that Akeredolu and Aiyedatiwa, INEC and the APC have also filed Cross-Appeals to challenge the ruling of the Tribunal to assume jurisdiction over the case.