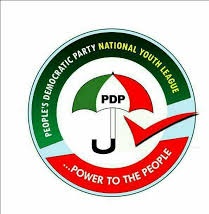 BY Jubril Bada
|
The Peoples Democratic Party, PDP, Ondo State chapter has advised political parties in the country to be very serious and careful in the screening of their candidates for any political position to avoid their candidates being sacked by court of law in any future elections.

The party said that any screening committee assigned with the duty to examine the credentials of its  aspirants for political post should do the job the way it should be done to avoid the party and its candidates from being ridiculed.

This is just as the party reacted to the sack of Bayelsa Governor-elect, Mr. David Lyon and his deputy, Degi Eremieoyo under the platform of the All Progressives Congress, APC, by the Supreme Court over forged certificate presented to the Independent National Electoral Commission, INEC, by the latter in the November 18, 2019 governorship election in the state.

In the judgment, the apex court directed INEC to withdraw certificate of return from Lyon and issue new one to candidate of party second highest votes in the election.

In an interview with The Hope, the Southwest Zonal Publicity Secretary of the PDP, Mr. Ayo Fadaka said “When people are given a responsibility to examine the credential of aspirant for political position within the party, they are made to do their job the way it should be done.

“This is the problem that brought the APC to this debacle.

“However, parties must be serious when they are presenting their candidates for election.

“l must say our system deserves us the best to rule us not dropout. In a political party where a dropout is hanging seriously to handle a serious political post such party has the right to put aspirant of such back to where he belongs”.

Fadaka appreciated God for His mercy in using instrumentality of Supreme Court to reclaim the Bayelsa State back to the PDP.

“For us in the PDP, we are very thankful for the mercy of God that has handed over our state back to us.

“We all know what transpired during the election As . They say man proposes God disposes and God in His mercy handed over the state back to the PDP”, he stated.