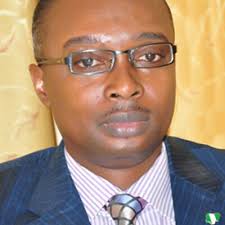 By Adewale Kupoluyi
|
In a matter of months, full electoral activities towards the 2019 general elections would begin. Over the years, the nation’s electoral process has suffered one form of calamity or another. These range from rigging, under-age voting, violence and money-politics, among others. Most times, offenders and their sponsors are hardly apprehended and when they are ever caught, nothing much had been done to curb a re-occurrence. The failure to enforce sanctions had encouraged impunity and violence that regularly characterised various electoral contests in the country.

The existence of the Nigerian Electoral Offences Commission is expected to put sanity into our electoral process such that good candidates can emerge from free, credible and transparent elections in the country. The functions of the commission would include the investigation, enforcement and prosecution of all electoral malpractices and offences created under the 1999 Nigerian Constitution (as amended), Electoral Act, 2010 (as amended) or any law relating to electoral offences. The commission is to be responsible for the sensitisation, enlightenment and orientation of the public. Powers of the commission would include the ability to investigate and prosecute any persons suspected to have conspired to commit an electoral offence or had already committed one.

The commission has the power to seize any property that is used, or is suspected to have been used to commit an electoral offence. Main sources of funding the commission would include monies approved and appropriated by the National Assembly, monies lent or granted to the commission by the government of the federation, a state or local government and charges paid to the commission pertaining to the registration of political parties, grants of licenses, permits and authorisations, among others.

Personnel of the commission that are investigating or prosecuting electoral offences would be given powers and immunity of the police under the Police Act. They are to be empowered to examine persons, order any person to produce a book, document or certified copy thereof or written notice that can assist during investigations. The chairman of the commission would have the power to direct any officer of the commission to obtain a court order to enter premises, inspect a book, search a person, stop, search or seize any vehicle or conveyance. Anyone that resists officers in the course of performing their duties would be punished while persons who fail to disclose or to give relevant information in response to the commission’s directive, on conviction, would be liable to a fine or to imprisonment for a term not exceeding one year or both.

The bill backing the body provides that any person, who immediately before the commencement of the Act, is a staff of the Independent National Electoral Commission (INEC) and handles issues relating to the investigation and prosecution of political offences should continue in office while any proceeding pending before any court immediately before the coming into force of the bill would be continued and completed as if the bill had not been made. The functions conferred on INEC in relation to the prosecution of electoral offences and other matters related to the Electoral Act would now be exercised by the commission from the date of its commencement.

Many Nigerians and bodies have applauded the move to put the bill in place. Many had described the proposed establishment of the commission as a good development with the potential to greatly enhance the quality of the nation’s electoral process. At the moment, INEC is saddled with the responsibility of prosecuting electoral offenders through its legal officers or any legal practitioner as appointed but this arrangement appears weak because the authority to act had been hampered by lack of powers to arrest and investigate offenders, which made INEC to always depend on the police. Therefore, the inability and incapacity to make arrest and investigate violations make the prosecutorial role completely limited.

Not only that, INEC is being distracted by too many court cases. Currently, the commission is said to be facing many law suits, arising from the 2015 general elections alone, which means that removing the prosecution of electoral conflicts from INEC would certainly make the electoral umpire more efficient and effective. Again, the adjudication process takes such a long period of time that wrong candidates occupy elective positions before the appropriate remedy is made. The coming into existence of the special commission would enable INEC to focus more on its core mandates of delivering free, fair and credible elections. The establishment of the commission would help to curtail violence, political thuggery, bribery for voters and all other offences negatively affecting the country’s electoral processes and discouraging decent people from taking part in the activities.

There is the need to pay closer attention to the composition of members, appointment of the secretary to the commission, specificity of size, concepts and responsibility of departments and the imperative of the inclusion of representatives of special action groups such as civil society, media and the bar. This would ensure balance and that only sound, qualified, tested and trusted Nigerians are appointed. The mistake of the past of appointing wrong people based on the connections, nepotism and political lineage should be avoided. Nigeria, despite the abundant human and material resources, is not doing well as a nation due to bad leadership that had emerged over the years, through faulty and corrupt electoral processes. The commission should be designed in such a way that it would be fully independent in terms of financial, operational and administrative, without giving room for manipulations or interference.

The clause that seeks to empower civilian personnel of the commission to bear firearms should be discouraged to avoid arrogating too much power on the personnel of the commission that may not be well managed. On a final note, there is need for attitudinal change by Nigerians towards the electoral process in general such that every citizen would see the exercise as sacred that should be jealously protected at all times. When this is done, the intervention of statutory bodies like the National Electoral Offences Commission can truly be impactful, meaningful and make a big difference.

Towards a better participation by Nigerians, eligible voters should collect their Permanent Voters Card (PVC), vote for their preferred candidates without any undue influence. Violence, rigging and apathy should be avoided in the next dispensation in the interest of voters and the future of the nation. This should be the collective aspiration and desire of all patriotic Nigerians.