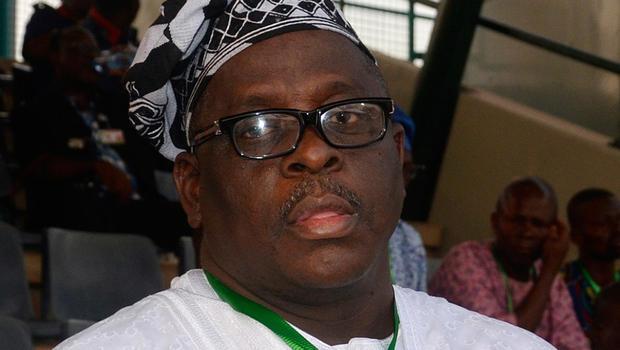 Basking in the euphoria of a recent court judgement which validated its legitimacy to produce candidates for the Ogun State Peoples Democratic Party (PDP), the Senator Buruji Kashamu-led faction of the party will, any moment from now, unfold its joker, a top source in the faction hinted The Hope, on Wednesday.

The source, who craved anonymity owing to the sensitivity of his disclosure, said the faction’s governorship candidate, Mr. Leke Shittu, was only used to hold the party’s governorship ticket in trust for Kashamu, and that latest this weekend, he would withdraw his candidature so Kashamu could take over.

“We deliberately did it that way, to douse tension and take Kashamu away from the eye of the storm; while we continued with efforts to ensure that we bring about needed reconciliation in the party, before the campaigns heat up,” he explained.

Speaking further, the source noted that it was only a man of the stature of Kashamu that could floor a combination of both the All Progressives Congress (APC) and the African Democratic Congress (ADC) in Ogun State.

He said while Dr. Reuben Abati would retain his ticket as the deputy governorship candidate of the party, Shittu would be compensated with another plum slot, “for his cooperation and understanding.”

Already, in what might have been in line with the plot to make Senator Kashamu, currently representing Ogun East Senatorial District, the party’s governorship candidate, the faction had ceded the senatorial ticket for the Ogun East district to former Governor Gbenga Daniel.

Two weeks ago, a Federal High Court sitting in Abeokuta, the Ogun State capital, ordered the Independent National Electoral Commission (INEC) and the Uche Secondus-led national leadership of the PDP to immediately nullify the gubernatorial primaries that elected Oladipupo Adebutu as the party’s governorship candidate.

The court also ordered that a “due process list of candidates and delegates” submitted to them by the Adebayo Dayo-led Ogun State Executive Committee of the party, to which Kashamu belongs, be upheld.

When contacted on Shittu’s planned resignation to enable Kashamu take over. the state Secretary of the Kashamu faction of the party, Alhaji Semiu Sodipo, told THISDAY, “Why not ask the candidate (Shittu)? I think he will be in the best position to say if he is going to step down.”

All calls made to Shittu’s telephone number were not picked.

Sodipo, however, expressed the conviction that “the factional thing in the party will soon be over, as soon as the INEC takes a position.”

He nonetheless enthused that the Kashamu faction would eventually emerge tops, noting, “Already, INEC has accepted all our lists of candidates-from governorship to the Assembly level, and what we need to do now is to put our campaign machinery in full throttle.”

Meanwhile, Kashamu, on Sunday, appealed to Secondus, the National Chairman of party, “to unite the two PDP factions in Ogun State”.

Kashamu said reconciliation, rather than taking sides, should be Secondus’ focus.

The Secondus-led National Working Committee of the party has, however, refused to recognise candidates from Kashamu’s faction, as it insists on Adebutu as the duly elected governorship candidate of the party in Ogun State.

Similarly, the National Executive Committee of the PDP had, since July this year, expelled Kashamu and three others from the party. Those expelled along with him are: Sodipo, Bayo Adebayo, and Segun Seriki.

But Kashamu, in a statement, enjoined Secondus “to respect the two court judgements validating Adebayo Dayo as the PDP chairman in Ogun State”.

He added, “The power to organise state congress and elect a governorship candidate for the party resides in the state chairman, and not the national chairman or the National Executive Committee.”