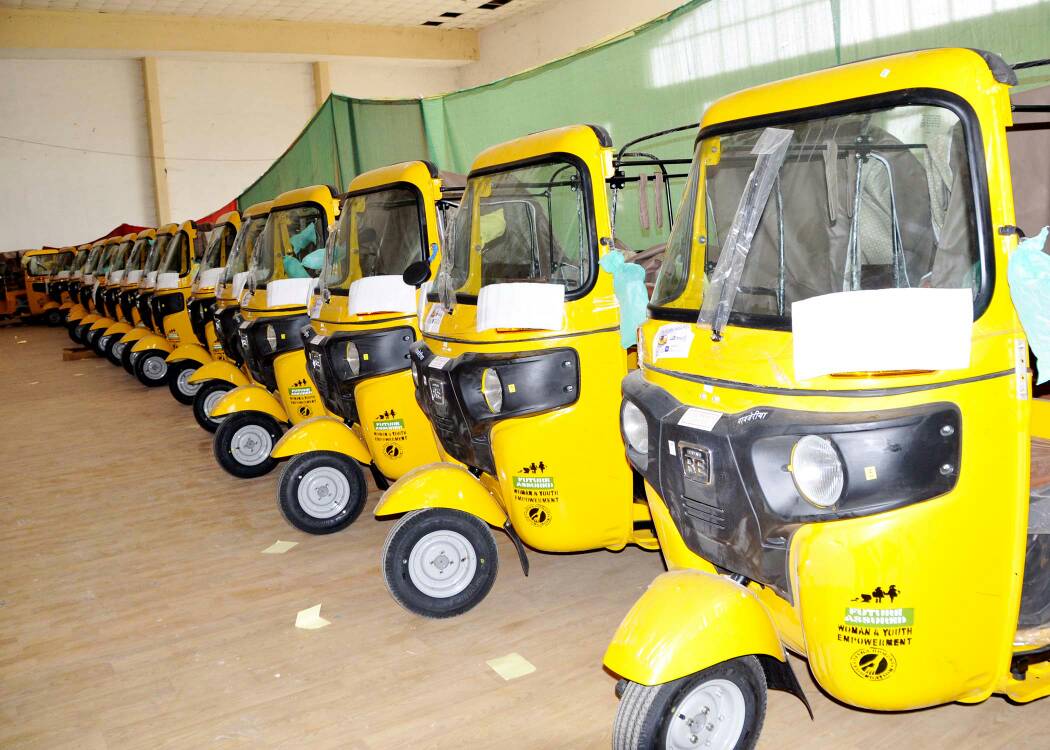 By Fatima Muraina
|
Ondo State Government has been authorised as a sole distributor of ‘Keke Aketi’; a new tricycle produced by Legacy Logistic Nigeria Limited, representative of China Producer of Tricycles. The company is also set for unveiling as its assembly plant already established in the state.

The Special Adviser to the Governor on Transport, Mr. Tobi Ogunleye disclosed this while speaking at the inauguration of the state chapter of Female Drivers Association of Nigeria (FEDAN) held in Akure, the Ondo state capital.

Ogunleye said the new tricycle to be introduced has a dual purpose as it has the capacity of conveying seven passengers for transportation and could be converted to a mini pick up van for goods’ transportation.

Ogunleye said the tricycle would be operational in rural locality instead of motorcycles.

He noted that the initiative of the tricycle is for the transformation of those that have retired from active service but are still agile.

While saying that the distribution of the tricycle is not free, Ogunleye said the governor has approved giving it out at the supplier cost price of N850 ,000 while its payment would span over a period of two years.

He called on other states government to subscribe to the project as he said females would also be considered in the laudable project.

He assured the newly inaugurated FEDAN of government’s support, noting that mothers would always ensure perfection in the driving profession.

The National President of the Association, Ambassador Eunice Odeghe said being a driver does not stop at driving cars alone, but also means a driving force in the family and the society in general.

Odeghe charged members of the association to maintain their integrity as well as obey the rules and regulations and be examples to all.

Earlier, the state Coordinator of the Association, Mrs Yinka Odede said women are determined to bring a woman’s touch to driving.

She called on the state government to always engage the association as she promised that they will live up to expectation.