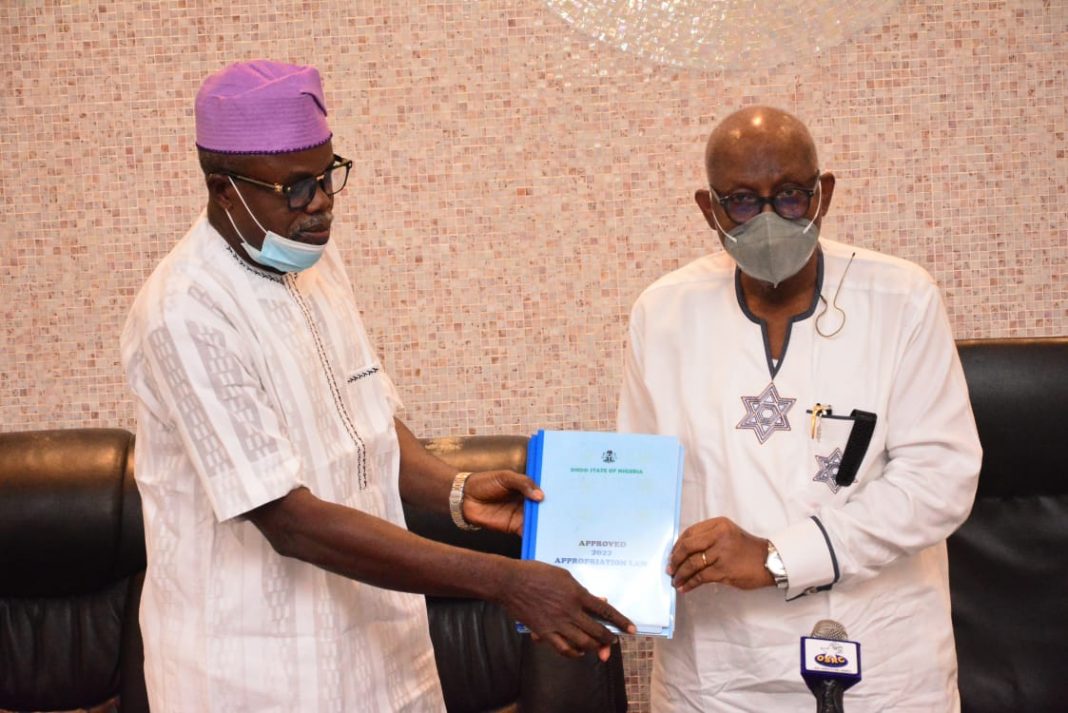 The budget christened “The Budget of Economic Re-engineering”, has a total size of N199, 282 billion. 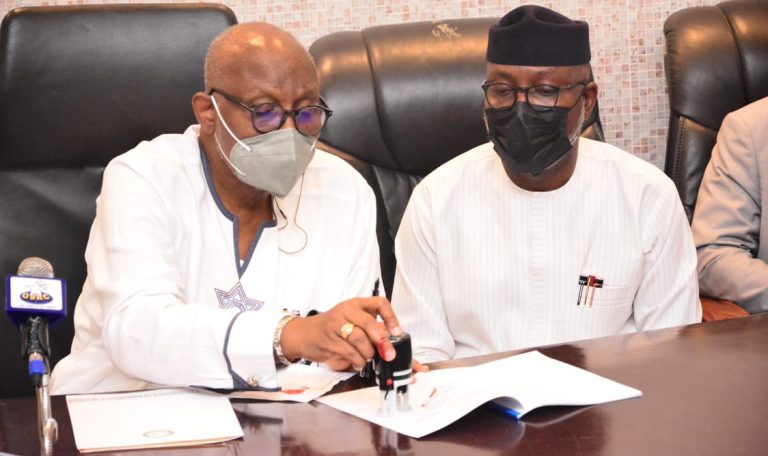 The event held at the Cocoa Confidence Hall of the Governor’s Office, Alagbaka Akure, had in attendance the Speaker of the House of Assembly, Bamidele Oleyelogun and other members; the Chief Judge of the state, Williams Akintoroye; the President of Customary Court of Appeal, Justice Eunice Alade; members of the State Executive Council, and top government functionaries. 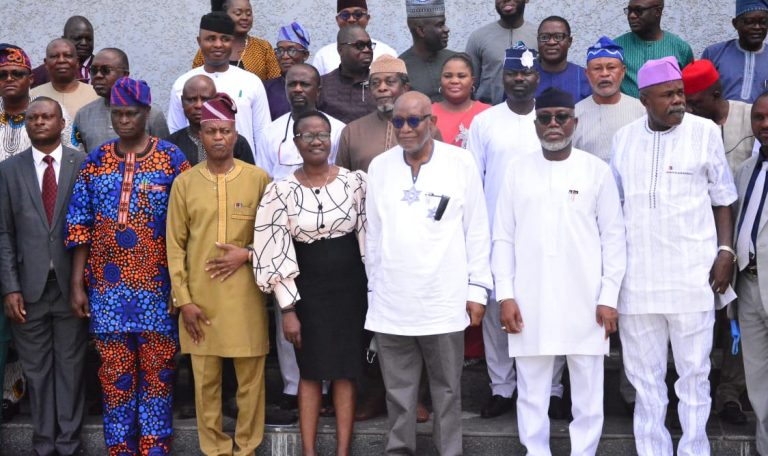 The bill was presented to the House in September this year. The Governor lauded the lawmakers for doing a great job by speedily passing the bill into law.

He thanked them for their cooperation and understanding at all times.

According to the governor, the main focus of the budget is human capital development and Infrastructure re-engineering, even as the Governor added that no ongoing projects would be abandoned by his administration. 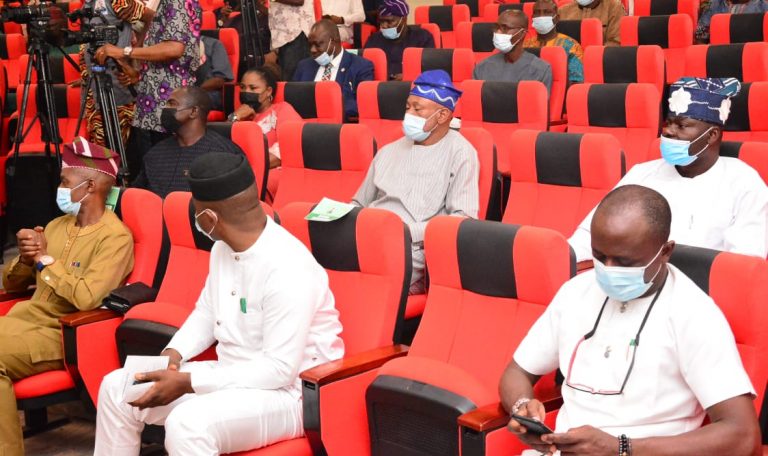 The Governor equally said full implementation of financial autonomy for both the legislature and the judiciary would begin in the new year.