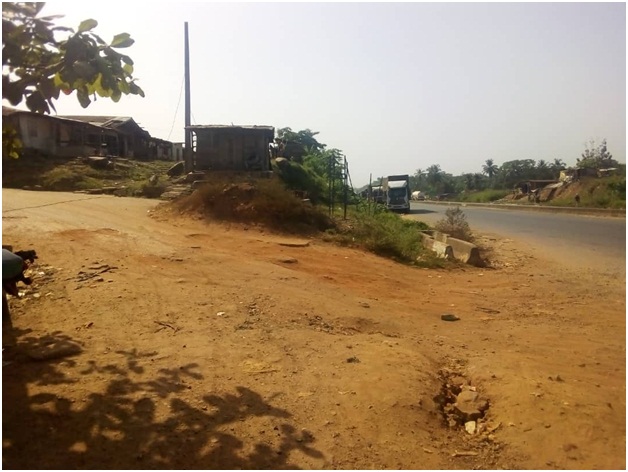 Residents of Koseru, a farm settlement, along Kajola in Odigbo Local Government area of Ondo State have fled the community for fear of reprisal attack.

Our correspondent who visited the scene gathered that the said community remained desolate as everyone had fled  for safety.

This followed last week’s violent attack that led to the death of two people including a ward councillor, Moruf Olatunji, a local vigilante from Ore,  identified as Kayode

It was the quick response of combined security operatives of soldiers, police and Amotekun that prevented more deaths as a result of the mayhem.

Reports had it that a woman, Juliana Alaba Abejoye was shot by two masked men on her farm at Ogbontiba via Kuseru in Odigbo.

According to the source, the masked men were said to have shot the woman with a locally made double-barrelled gun and fled.

The victim sustained injuries and was rushed to the hospital.

According to the source, the attack on the woman triggered  a reprisal attack by Ikale boys who attacked Kuseru Village, set ablaze the motorcycle parks, destroyed livestock and cut down plantain trees.

Speaking with our correspondent in the area, a motorcyclist, Mr Kamilu Kasunloye while narrating his ordeal said he was coming from Koseru going to Kajola when the incident happened.

His words:, “I saw some boys from Oloruntedo and Aiyetoro with dangerous weapons, they stopped me and started attacking me, I was taken to their town in Aiyetoro, pointing fingers at me that i am part of the people who harmed their sister.

The Hope gathered that there has been an age-long rivalry in Koseru between the Oluku family of Ikale in Okitipupa and the Oyo/Osun farmers living in Odigbo local government.

The Oyo/Osun people,The Hope gathered, are predominantly cash crop farmers as they have been fighting over ownership of the land.

Special Adviser to the Ondo State Governor on Security Matters, Akogun Adetunji Adeleye,explained, that on the December10, 2022, two people living in Koseru were murdered in an attack.

“There has been an age-long issue in Oteru between Oluku family of Ikale and Oyo-Osun Indigenes living in Odigbo local government.

“This problem has been dragged to court, but it seemed a party was not satisfied, hence a fresh dispute erupted in which some gunmen suspected to belong to the Osun-Oyo group killed an Ikale woman around kajola village.

“In a reprisal attack, Ikale youths mobilised themselves to attack the Oyo-Osun Indigenes and in the process, the councilor whose name was given as Moruf Olatunji was killed, also one Kayode, a member of Vigilante was also killed, ” he explained.

This was after a woman identified as Julianah Abejoye was attacked by the Oyo-Osun people. She is presently receiving treatment at an undisclosed hospital.

Adeleye further added that Police and Amotekun officers went to the scene of the attack, but when it was getting unbearable, men of the Nigeria Army were called.

“I contacted the Army, we got there yesterday night, we restored normalcy until this morning when security operatives attempted to arrest the culprits which resulted into little turmoil in the community, but as I speak with you now, the situation has been addressed and normalcy has also returned into the community.

“No operative of police or Amotekun was killed, it was a local Vigilante member from Ore that was killed yesterday”, Akogun Adeleye explained.

In a statement by the command’s spokesperson, SP Funmilayo Odunlami-Omisanya , the CP said normalcy had returned to Kuseru Village and  only two corpses found and no police personnel affected.

He ordered the Area commander and DPO of the area to ensure all culprits involved in the arson and murder be arrested and prosecuted accordingly.

The Ilaje leadership forum, in Ilaje local government, area of Ondo state has denied the allegation of a reprisal attack on the Odigbo local govt.

According to the publicity Secretary of Ilaje Leadership Forum (Citizen’s Security Council) Prince Emorioloye Owolemi, there was no boundary crisis between Ilaje and Odigbo local governments.