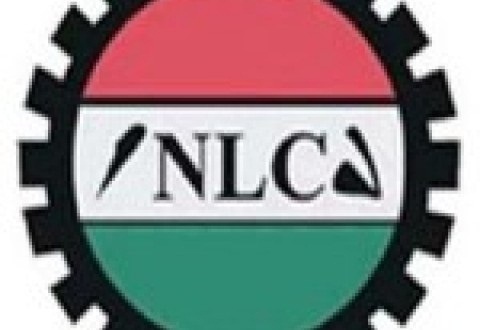 Despite the role played by Nigerian workers in the struggle for independence and to the nation’s building, there have not been a corresponding compensation to better their welfare by governments for the past 60 years like their counterparts in other countries.
Rather, workers and media practitioners in particular have been subjected to harassment by the Nigerian governments.
These was the submission of the Ondo State Chairmen of the Nigeria Labour Congress, NLC, and Nigeria Union of Journalists, NUJ, in separate interviews with The Hope in respect of the 60th anniversary of Nigeria.
In his assessment of the welfare of Nigerian workers for the past 60 years of independence, the Ondo State NLC Chairman, Comrade Sunday Adeleye affirmed that the situation was not satisfactory, saying that the welfare of the workers supposed to be better than what it is now.
He said: “If we are to assess the welfare of an average Nigerian worker since Nigeria became independent in 1960, it has not been bad but we have not got to where we should be by now, because as at today the minimum wage is N30,000 and that is a thousand naira per day, our welfare is average”.
The NLC boss, averred that giving workers a better life surpassed salary increment.
According to him, the so-called N30,000 minimum wage cannot cater for the need of average Nigerian workers considering the economic situation of the country, hence the need to increase the value of naira against foreign currencies.
He stressed the need for Nigerian Government to make life bearable for the citizens by providing affordable housing scheme and food.
“The economy is going down, and what I think we need to do is to sit down together and have what I call a stakeholders’ meeting and see how to improve our economy and I can assure you the naira will gain strength, and there will be value for our money. Until we do that, if we keep increasing salaries, it won’t help.”
He therefore advised that the 60th anniversary should be used for sober reflection and restore Nigeria back to its status of giant of Africa.
On his part, the NUJ Chairman, Comrade Adetona Aderoboye said Nigerian Journalists have not been rewarded for their contributions to nation building in terms of welfare package since pre-independence era till now.
He noted that many journalists had died on the line of duties while many others were being hunted down for fighting against injustice but people still see them as never to do well, a situation he described as unfortunate.
“Nigeria remains a crawling adult at 60. Virtually every sector of the economy is in comatose. This is largely responsible for the state of affairs in this country.
“It is sad that we find ourselves in this situation considering the labour of our past heroes who left legacies for current generation. Journalists have played prominent roles in pre and post independence eras in this country.
“The likes of Obafemi Awolowo, Herbert Macaulay, Ernest Okoli and others, who used media to promote nationalism and ensured that we became free of colonial rule, but despite these contributions, we have not been adequately rewarded for our efforts. Today, journalists have been relegated to the background in the allocation of benefits in the country. Despite paying the ultimate price to ensure oppressors vanish from our landscape, we are still suffering.”
“However, we are still not there, because a lot need to be done to improve the welfare of our members, we will continue to agitate. We want the Nigerian Government to see Journalists as partners in progress and not enemies. We should be well-treated and respected because we perform very essential roles”. He added.