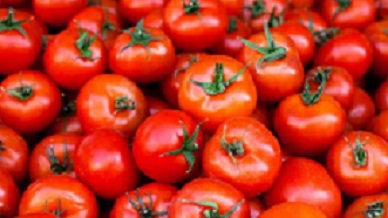 By Kehinde Oluwatayo
|
Low production of tomatoes in Ondo State has been attributed to lack of irrigation to supply water to farms.

A tomato farmer and owner of Great Acres Farm, Mr Femi Adeyemi who spoke with The Hope in an interview in Akure noted that lack of rain accounted for high cost of the fruit around this time.

According to him, production of tomatoes last for about 120 days adding that it takes four months to harvest the fruit from the time of planting.

“If I am producing for may or June, I must have planted in February and as we all know, there is no rain at this time of the year, so I must make provision for irrigation”, he explained.

He said that it is a common thing for white flies and other pests like caterpillar to feed on tomatoes and reduce the yield at the earlier part of the year before the regular rainfall.

According to him, it is somehow expensive to plant tomatoes to fruition at this time of the year considering the challenges associated with it.

“Although more than 90 percent of what the state consumes come from the North, we will be self sufficient in tomato production. I may not be able to say exactly when, but I am sure we will, because more people are embracing tomato production”.

He identified  lack of fund as another reason why farmers can not expand their production.

He however said that he could not say specifically what challenges farmers in the North are facing.