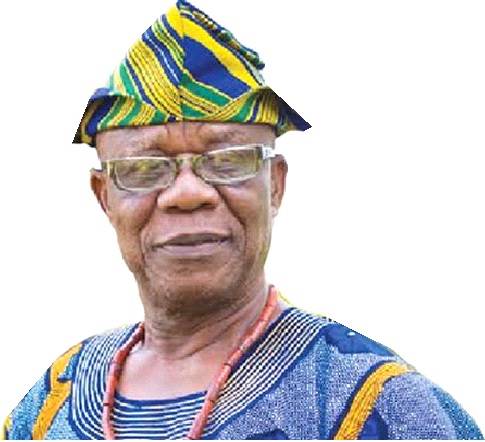 In recent time, insecurity has gained more prominence in the news than any other issue in Nigeria. From Boko-Haram to kidnappers, bandits to herdsmen, non-state actors have constituted a threat to the peace and security of the most populous black nation on earth. According to the Armed Conflict Location and Event Data Project, said armed bandit groups killed more than 2,600 civilians in 2021, an increase of over 250 percent compared with 2020. In this interview with Babatunde Ayedoju, Chief Samuel Adetuyi, a retired Commissioner of Police, talks about factors that aggravated insecurity in Nigeria and the possible way out.

Nigeria today battles with insecurity, from attacks and abductions to prison breaks. How did we get here?

The truth is that our leaders do not want a secured Nigeria. If you look at the traveling records of our leaders, I don’t think there is any country that its leaders matches them. Since 1999 that we started this republic, you can check the records, there has been no president, vice president, governor, deputy governor, national assembly members, state assembly members or even local government chairman that did not travel out of this country to one of the advanced countries. They saw policing in those countries, but when they come back allow our police to be in a state of incapacity. Yet, we are talking about insecurity. That’s why I say it’s our leaders who do not want security. If you go to the US, will you see what is going on in Nigeria, putting ill-equipped police men on the road to search vehicles? No!

Again, look at the level of indiscipline and lawlessness. Government made a law that motorists should have certain documents before driving on the roads. How many people, including government officials, have those documents? Government also made the law that every motorist should have a number plate that is clear. Even the vehicle of the British Queen has number plate, but here in Nigeria, even government officials do not comply with it. These are acts of lawlessness that encourage people to be lawless.

Today, even a local government chairman has police as orderly, personnel who should do police job. It’s a problem caused by the government. They get promotion ahead those who are doing the real police job. Also, we are in the 21st century when policing should involve the use of Technology. Instead, you post about two or three policemen to the road to detect criminals. That is the greatest disservice to this country. In developed countries where the law takes preeminence, everybody obeys the law. So, it is possible for the police to mop up the few criminals. Unfortunately, it is not so in Nigeria. We have degenerated to this level in Nigeria because the leaders do not want a secured place by their actions. If everyone is doing what we are doing in Nigeria, how can there be security?

Why do you think bandits have become so bold that they could threaten to kidnap the president?

They know that the law enforcement agencies are currently incapacitated. They go to the crime scene mostly after the crime has been committed. I don’t pray that the terrorists carry out their threat because it will be the greatest embarrassment to our country. But of course, if they have gone ahead to attack the presidential guards, that means they may be emboldened to go further. Government must do a few things. One is to seek foreign assistance. What’s wrong with seeking help from another person to do what you cannot do by yourself? Let me tell you. In Nigeria today, the level of injustice is so high that everybody is angry, and I have my definition for injustice. When we treat equals unequally, or treat unequal equally, that is injustice. Yet, nobody wants to do anything. Somebody stole so much as accountant general, he went to court and was released on bail. Meanwhile, another person who steals five tubers of yam in the market can be remanded in prison for five years. There are plethora of people who have stolen government money and nothing happened. Two ex-governors who were properly tried and convicted for stealing government money have been pardoned. What happens to the man who stole goats and is still languishing in prison?

Is Nigeria not ripe for state police, as some leaders are clamouring?

Of course, it’s not about being ripe. Nigeria is a federation. One of the features of federalism is devolution of power. By that token, there should be State police. State police should be part of the police administration, but the issue is that state police, by itself, is not what will solve all these problems we are facing. If you have a ragtag state police, the situation will be worse, because the first thing government must attend to is giving police capacity to do their job. Whatever name it is given, if they don’t have capacity to do their job, we will be making motion without movement. To answer your question directly, state police ought to be part of our arrangement in Nigeria, because we are practising federalism, not unitary system of government. We should have police at the state and local government levels. Even universities can have their own police, so that there can be security everywhere, as it is practised in other countries. It’s just that each of them will know the limit of its powers and functions.

Sir, if not addressed on time, what does the current insecurity portends for the socio-economic and political development of Nigeria?

Everybody knows that if there is no security, there cannot be economic development. One leads to another. In the past, we could travel any time. Now, businesses cannot even operate well again, due to insecurity. Meanwhile, it is these little businesses that help to develop the GDP if run properly.

How can the various law enforcement agencies work together in synergy to curb insecurity?

The synergy had been there. Nigerians only gave the dog a bad name to hang it. When I was in the force, the police and others worked together. It’s only in Nigeria that the responsibility of police is given to the army. It’s an aberration. Let everyone do their job but the basic thing is that government should give capacity to all of them. Again, we must go back to the Constitution that says there must be only one police. We have deviated from that by creating many other law enforcement agencies, incurring more costs without corresponding returns.

How will you describe the level of cooperation between civilians and law enforcement agents?

It has never been as bad as it is now. When I was a young officer, there was cooperation between civilians and the police. I served in Benin and I didn’t live there before my posting but people gave respect to the police. I must, however, say that the fault is not entirely that of the people. Over the years, the government created incapacity for the police. They created so many things to reduce the police in the eyes of the public. At a time, I was Assistant Commissioner of Police for nine years for no justifiable reason, and there was no year I didn’t do well in the assessment. Therefore, go and hold government responsible. There can be security if the government has the will.

What is the way forward?

If we are to move away from where we are now, government must themselves first of all encourage obedience to the law because nobody is above the law.