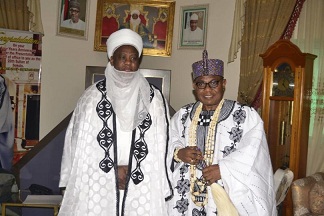 By Jubril Bada
|
An Akure based lawyer, Mr. Yemi Adetoyinbo has said that  lack of one voice on issues speaking among the members of Nigeria Bar Association will continue to make judiciary a further ridicule in the future.

Adetoyinbo said this in an interview with The Hope on issues raised by Judges, lawyers and men of the bar and bench at the just concluded  Annual General Conference of the NBA particularly on the ouster of former Chief Justice of Nigeria, Justice Walter Onnoghen over money laundering on undisclosed personal accounts and other related charges preferred against him by the Federal Government.

The NBA and Judges, he said did not speak with one voice on the conviction and ouster of Justice Onnoghen.

He noted that the Human Right Activist, Femi Falana, specifically, decried the seemingly silence of some of his human rights activists for human rights, Justice and democratic struggles, especially during the Military Juntas era.

According to him,” we should learn our lesson as the Judiciary and know that the legal profession is the last hope of the common man.

“The legal profession, knows that ,we owning the judiciary as an arm of government, as we have a strong footing, and a huge department in the executive arm of government by having the office of the Attorney General and Minister of Justice of the Federation,

“The NJC should have played its constitutional role and not turn in Onnoghen as an orphan for the executive arm to roll over, while our strong footing in both arms of government, now make the judiciary a further ridicule in the future if there is continued absence of one voice in legal profession”.