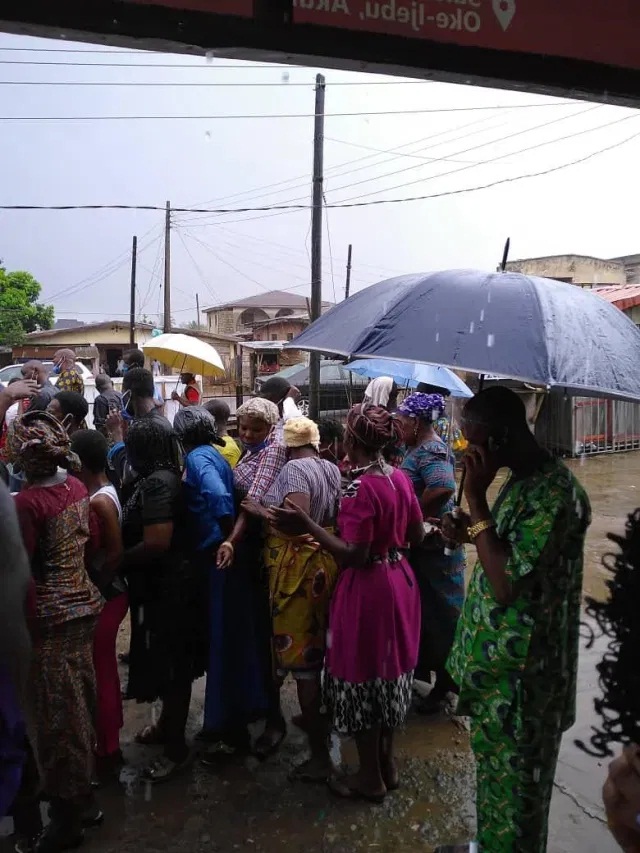 Voters in Ondo state turned out in large numbers to cast their votes for their favourite candidates in the governorship election held on Saturday, The Hope correspondents monitoring the process in different local governments in the state confirmed.
Thirty minutes into the election, which began at 8:30am, the polling units were already witnessing large number of voters.
Despite the rain that fell in the early hours of the election day, the voters stood their ground and waited till they cast their votes.
It was observed that people did not just vote, many of them stayed behind after casting their votes to monitor the process as it winded to the end.
Observation from various polling units visited with the Independent National Electoral Commission, INEC ,monitoring team in Akure, Iju, Ita-Ogbolu, Isharun, Ilara-Mokin, revealed that officials and electoral materials got to the polling units early and voting commenced as soon as they arrived.
The election was largely violent-free except for cases of attempted disruption of voting at few polling units, which were later brought to check by security agents
On COVID-19 protocols, while INEC made provision for hand sanitisers and thermometers at various polling units, the use of nose masks was not totally adhered to as many voters pulled the masks below their jaws.
Speaking with The Hope, the Mnister of State for Niger Delta Affairs, Senator Tayo Alasoadura who voted in Iju unit 005 ward 08 in Akure North local government ,commended INEC for a job well done , expressed satisfaction with the turn out of voters who defiled the rain to cast their ballots.
He noted that security agents did a good job in maintaining law and order, affirming that the election was peaceful in all the polling units he visited in Iju.
He advised contestants and patties who did not win to take it as an act of God adding that they should be preparing for another election in the next four years.
“In Ondo State, we are known for peace, when verdict has been delivered, we don’t usually go against it. I contested the last senator election and lost, nothing happened, I took it as the will of God and the will of the people”, he said.
Meanwhile, the Independent National Electoral Commission, INEC in Akure confirmed that the boat mishap that happened on Friday night, when electoral materials were been convened to registration area in Ilaje Local Government Area, did not in anyway affect the smooth commencement of Saturday’s gubernatorial election in the area.