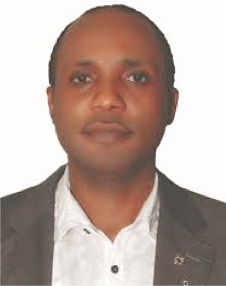 By Samuel Alonge
|
A Lagos lawyer, Mr. Ebenezer Omobobami, has raised the alarm over the insistence of some native Ogun cult worshippers in his Ileoluji, Ondo State community that he must lead the annual Ogun worshipping in his Odolua quarters.

Already, the lawyer said he had fled his Lagos home along with members of his family.

According to him, his fate now hangs in the balance, as the Ogun adherents have been sending emissaries to him in his Lagos residence, that he must replace his late father, Chief Ogundayomi Bamutula Omobabami, the departed Ogun chief priest in the locality.

In a chat with The Hope, Omobobami said his late father was a devotee of Ogun, the Yoruba god of iron, one who rose through the ranks to become the chief priest and Olori Ode (head of hunters) of Ile-Oluji.

“I told them that I am a born-again Christian, a child of God who is not ready to serve God with mammon. In fact, I m a deacon in the Redeemed Christian Church of God, but they keep threatening me, that anything can happen if I fail to oblige their request.

“Actually, following the death of my dad five years ago, the lot fell on any of the sons to become an Ogun chief priest, but my other brothers have one way or the other fled abroad.

“They are capitalising on the fact that they know that I am in  Nigeria, and that they know where I live in Lagos, to send charm-bearing emissaries that I must accept the chief priest position or face unpleasant consequences,” Omobobami lamented.

The lawyer also recalled that during the last Ogun festival held in the community in August this year, there were skirmishes in his Odolua area, as members of his extended family were harassed, while some urchins threatened to burn down their family house, “simply because I was absent at the festival.”

According to him, “information reaching me says that my issue had been reported to the Herbalists/Traditionalists Group of Nigeria with headquarters in Port Harcourt, Rivers State, to deal with me appropriately.”

Omobobami noted that he reported his plight in a petition to the Ondo State Commissioner of Police last year, urging the appropriate authorities to wade in.

“Already, I have decamped from home, as I am now hiding in the home of a friend with members of my family,” he bemoaned.