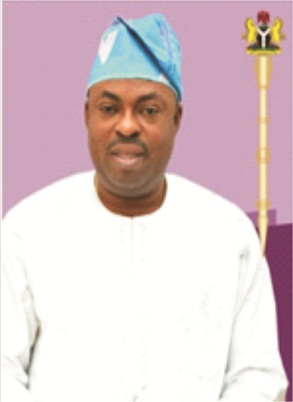 By Fisayo Akinduro
|
The Speaker, Osun state House of Assembly, Mr. Timothy Owoeye has described the legislature as the bedrock of democracy, saying any society that desires development must have its activities hinged and regulated by law.

Owoeye who  said  this in Osogbo noted that the rules and regulations embedded in the law are meant to enhance all sectors of human lives.

He assured that the 7th Assembly will enact and promulgate laws that will facilitate development in the state and make impact on citizens.

While speaking on the importance of legislature, Owoeye said the relationship of the House with other arms of government will be independently mutual.

“Our resolve and commitment to foster mutual understanding with other arms of government remains crucial to governance; we will not in any way stop to sustain the independence of the legislature as an arm of government.”

The Speaker noted that the actions of the parliament will be in tandem with the provisions of the constitution and will not relent to ensure the tenets of separation of power and necessary checks and balances as legislative tools are used to promote good governance.

He advised members of the parliament to bring to limelight their ingenuity through quality debates, respect for dissenting views, sponsoring of impacting bills and dedication to oversight functions across all our constituencies.

“Through that we would see our state on the pedestal of the greatness so much desired.”

He lauded the former Speaker of the House, Dr Najeem Salaam for his administrative and political prowess which guided the 6th Assembly.