CHRISTMAS is arguably the most popular and celebrated singular festival across the globe. This is largely due to the fact that aside from being a religious festival of the Christian faith, it has long assumed social, political and economic dimensions thus making non-Christians joining in the celebrations. Since the early 20th century, Christmas has also been a secular family holiday, observed by Christians and non-Christians alike, devoid of Christian elements, and marked by an increasingly elaborate gifts giving and social activities.
STATISTICS have shown that 32 percent of the world population practices Christianity while 23 percent are Muslims; 15 percent and 7 percent of the world are Hindus and Buddhists respectively while 6 percent practises various folk or traditional religions, including African traditional religions, Chinese folk religions, American Indian religions and Australian aboriginal religions.

RELIGIOUSLY, Christmas is the Christian celebration to commemorate the birth of Jesus Christ through Immaculate Conception by the Virgin Mary demonstrating the love of God and his willingness to save humanity.
THE biblical verse that summarises the whole essence of Christmas is Isaiah 9 verse 6: “for unto us a child is born, unto us a son given: and the government shall be upon his shoulder: and his name shall be called: Wonderful, Counselor, The Mighty God, The Everlasting father, The Prince of Peace.” Thus, the lessons to be derived from Christmas include love, humility, giving and obedience.

ON account of love, God so loved the world that he gave his only son. This means religion should teach and practice love at all times. We will only be misrepresenting Christmas by dining and wining with hearts full of hate and resentments against our fellow countrymen on account of tribe, creed or culture. Our leaders must exemplify love for the country and the citizens they are leading by giving their best to make Nigeria better. The citizens must also demonstrate their love for the country through patriotism and perseverance. Truth be told that this is not the best of times but love conquers and surmounts all odds.

SECOND, Jesus’ mission on the earth epitomizes humility. His birth in a manger, the most lowly place and his death on the cross, the most shameful, all exemplify his humble personality as a servant leader. This is the virtue that is lacking in most leaders in Nigeria especially in the political circle we call on our leaders to reflect on the Christmas celebrations and stoop to conquer. The culture of lording it over the people should be discarded in the spirit of true democracy where the electorates are the boss and the elected are there to serve.

GIVING is a major virtue that characterises Christmas. As a matter of fact, December 26, a day after Christmas, is declared a public holiday in many countries to observe the sharing of gifts known as Boxing Day. It is a day set aside to unbundle bags, boxes and treasures to give to others. Unfortunately in Nigeria, many see Christmas as an avenue to exploit and extort the people. This ranges from individuals and corporate bodies who deliberately inflate the prices of goods and services and sometimes create artificial scarcity in order to maximize profit through exorbitant prices. This is in sharp contrast to the spirit and letter of Christmas which is love and sharing. One wonders why Nigerians derive pleasure in inflicting pains on their fellow citizens by increasing the prices of almost everything in the name Christmas celebrations. This is nothing but a mark of greed, callousness and insensitivity to the plights of others. If indeed we must learn from Christmas, we should turn a new leaf this season.

FURTHERMORE, Christmas teaches obedience. Some of the major characters in the birth of Jesus: Joseph and Mary demonstrated total faith and obedience to God and civil authority. While Mary accepted and obeyed the voice of Angel Gabriel, Joseph did same by subjecting himself and his wife to census exercise ordered by the government of the day in spite of the advanced stage of Mary’s pregnancy. The reverse seems to be the case in Nigeria as both the high and low break the law with impunity. As a matter of fact, some people seem to be above the law of the land judging by their actions and inactions. This untoward culture must stop and government should put everybody under the law no matter how highly placed.

AS we look towards 2022, The Hope enjoins the government and the people of Nigeria to imbibe the virtues of Christmas as a foundation for moral rebirth and national transformation. 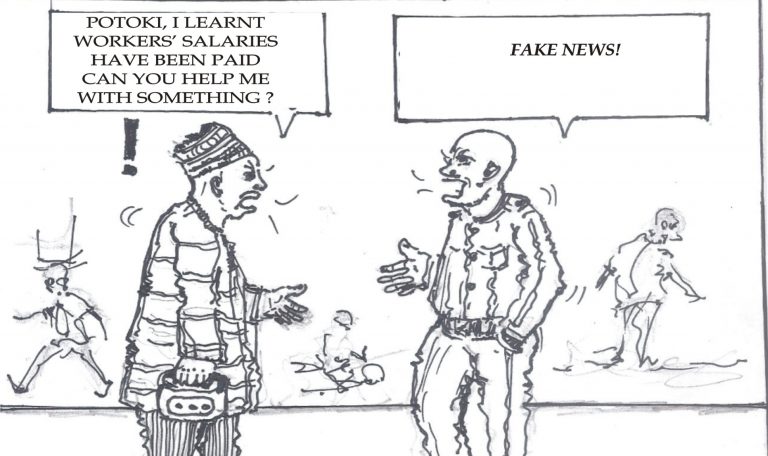