Home Main Bowl Lest the integrity of sports is breached 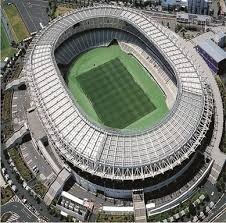 Lest the integrity of sports is breached

By Steve Alabi
|
In the estimation of right thinking people, there can only be one way to the destination of success in sports. Even though the road of trickery, deceit and fraud is wide and inviting, anything short of honesty is unacceptable. To traverse another route is to reduce sports to a parody and a caricature. Sports must resist the temptation to go rogue no matter the attraction the negative gives. Those who do not know may even applaud such as authentic reflection of unadulterated performance when in actual fact, it is a product of manipulation and gamesmanship.

For example, if the detection machinery put in place to fish out cheating in the Olympic Games had missed it, Ben Johnson would have gone into the history books as one of the greatest sprinters of all time with his drug tainted performance at Seoul ’88. The integrity of sports performance lies in the sanctity of the rules that are enshrined to guide it. Where rules are breached by those who should raise them up, sports get ruined almost irreparably. It is simply unsportsmanlike and irresponsible for anyone involved in sports, whether as performers or officials, to instigate or encourage integrity breaches.

It is not just in matters of doping or illicit drug use that integrity resides in sports. It comes also in having a huge respect for your opponents and treating them with dignity. This becomes more fundamental in critical moments, especially in crisis situations. Some of the suggestions or proposals emanating from some stakeholders on the way out of the impact of the coronavirus lockdown on sports are simply a travesty of sportsmanship and integrity.

The most uncharitable is the appalling suggestion by some clubs in the English Premiership that the 29-week old season should be scrapped. The clubs making this weird proposal are acting this selfish script apparently because their poor performance in the season has situated them in relegation waters. How can anyone in his right senses demand cancellation of a season in which the leading club is 25 points clear at the top? It is simply unsportsmanlike to look at issues from the perspective of selfish considerations. Even if the season can no longer be concluded, it is clearly uncharitable to seek cancellation after 29 weeks that have produced credible results.

If not challenged, this suggestion may go global and become a defining albatross on sports integrity. To canvass cancellation is dishonest and dishonorable. It knocks at the credibility of the results of matches already played. How can a club which lost woefully now benefit from its own poverty of delivery? In contrast, how can a club which secured season-defining victories be deprived of the fruits of its industry? Would the proponents of season cancellation canvass the same disgusting solution to this logjam if they were on top of the log? I do not think so.

I believe the integrity of sports demands that stakeholders treat the game and their colleagues with dignity and respect. They also have a responsibility to honour the sanctity and inviolability of results. Stakeholders will do well to toe the path of sanity, which is to make rules that safeguard the integrity of sports no matter what. As we contend with negative thinkers, flickers of light show from Belgium, England, UEFA and FIFA. Even though they are not facing the same direction, the proposals emanating from the quartet carry the unmistakable stamp of fairness so lacking in the submissions of negative thinkers.

Belgium has proposed to bring its season to a conclusion with the results obtained so far finalised as the season wrapup. With only one match to go, Club Brugge were 15 points ahead of the pack. As the leading club, Brugge will thus be awarded the title. Although UEFA does not agree, it is a fair solution. UEFA is rather in favour of a conclusion of the season one way or the other. Premier League chiefs are towing the same line. They have pledged to restart the season whenever it is safe to do so. FIFA is rolling out a number of guidelines that are truly fair and considerate. One that makes so much sense is that which stipulates that players on loan should have their loans extended till the end of the season whenever that takes place.

Fortunately for us in Nigeria, there is no suggestion or proposal that tends to denigrate the integrity of sports. The National Sports Festival was postponed indefinitely without favouring or disfavouring any party. The NPFL and lower and female leagues are similarly on hold. Mischievous characters may attribute this to our experience in resorting to fire brigade and other unusual tactics which have seen us run our leagues as mini leagues, abridged leagues, conference leagues and Super Four format. No problem, after all, experience is a great teacher.

These times, as strange as they are, require sportsmanship, honesty, fairness and bravery. Leaders of sports must dig deep into their character to find the finest virtues of humanity to shape these times in positive colouration. The joy of immediate benefits will wither like a flower exposed to excruciating heat. What will endure is the character that leaders of sports bring to bear on their games in these challenging times. It is the path of honour to tread.