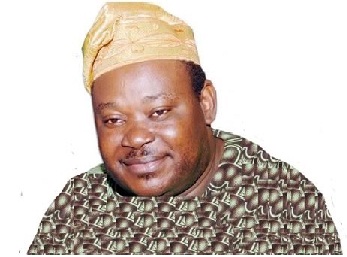 The Caretaker Chairmen of the 18 local government areas of Ondo State have began moves to woo Chief Jimoh Ibrahim, a billionaire business man and political bigwig in the state, to the join All Progressives Congress to boost the second- term bid of Governor Oluwarotimi Akeredolu.
The move was made public when the local government bosses paid a courtesy visit to the business mogul at his country home in Igbotako.
Jimoh Ibrahim is a prominent leader of the opposition Peoples Democratic Party (PDP) in the state
The Chairman, Okitipupa Local Government, Omo’ba Abayomi Adesanya, who introduced his colleagues to Chief Jimoh Ibrahim appreciated him for his support to the government of Arakunrin Oluwarotimi Akeredolu. He commended him on his efforts towards improving the economy of the state through job creation with his ongoing university project.
Mr Yomi Babatunde, Chairman Akoko South East Local Government Area, described Ibrahim as an accomplished business man and politician whose support and mentorship will be needed in the All Progressives Congress. He therefore requested Ibrahim to officially identify with the party, APC, as a card-carrying member.
Responding, Chief Jimoh Ibrahim said ”Governor Oluwarotimi Akeredolu means a lot to him. He said the governor’s leadership quality are evident in the giant strides he has accomplished since he took over the mantle of leadership in the state.
“Akeredolu was a former President of Nigerian Bar Association (NBA), where he left very good legacies,” Jimoh said.
He therefore assured the chairmen that he would consider their request after due consultations with his political mentors, friends and followers.