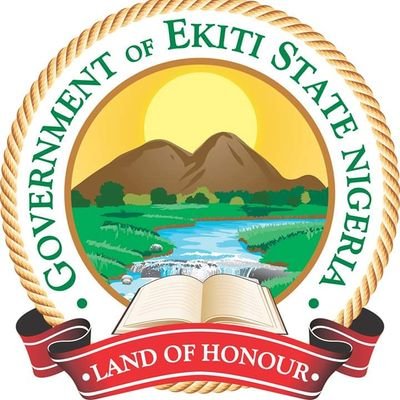 From Victor Akinkuolie, Ado-Ekiti
|
The Conference of Nigerian Political Parties (CNPP), Ekiti state chapter, has commended the State House of Assembly for exhibiting  the bravery to summon former Governor Ayodele Fayose over alleged fraud perpetrated in some councils under his watch.

The political organisation said the summon has confirmed that Governor Kayode Fayemi and the entire gamut of governance in Ekiti have keyed into the anti graft war being waged against corrupt Nigerians by President Muhammadu Buhari.

The CNPP Chairman , Ekiti chapter, Deacon Olu Akomolafe, who spoke in a statement in Ado Ekiti on Sunday, said the action of the assembly has demonstrated that there is no sacred cows in the war against plundering of the public funds.

Akomolafe, however,  added that it was wrong for ex-Governor Fayose to have invaded the assembly 24 hours after the summon without getting formal invitation from the Lawmakers.

He said the action  could be aptly described as a desperate attempt to ambush the House and create the impression that the legislators  were out to humiliate him.

The CNPP boss said: “CNPP , as a body that relishes the anti graft war of President Buhari commends the House for rising above primordial sentiment and pettiness and took the bulls by the horns by standing its ground to call former Governor  Fayose to question.

“Corruption in the facet of misapproptiation  of public funds and amasssing of ill gotten wealth remains the main challenge of the Nigerian society, and any step taken to curb the unbridled penchant for materialism by our leaders must be commended.

“As much as we are not doing media trial for the former Governor, we advise him to act as true statesman by subjecting himself to scrutiny and resist the temptation of reducing the exercise toa  political tool”.

CNPP particularly lampooned the governor for allegedly politicising the issue through his unscheduled visit to the Assembly complex on Friday without proper invitation by the House Committee on Public Accounts.

“CNPP viewed the action as a way of defaming the integrity of the assembly rather than respect for the legislature.

“The parliament has a way of doing things. They have their tradition which has been that when you are summoned, they will write formally to you and agree on a date. Why then did former governor Fayose  stormed the house barely 24 hours after he was invited? This has smacked of suspicion and an attempt to politicise the whole exercise”.

CNPP appealed to the lawmakers to remain resolute and pursue the  investigation with zeal and loyalty to the constitution, rather than pandering to the intrigues  of political settlement.

But explaining  why he visited the assembly, Fayose said: “I have  come here  if they need any clarification I can answer because clear conscience fear no foe. I am saying it that I am available.

“The Speaker confirmed that they don’t know that I will be coming. He said that the committee in charge are not immediately available. But I want to let them know that for any question whatsoever, I am a leader, am here and I will continue to be here. So I drove all the way from Lagos to tell them that there is no hiding place for people like us.

“I am ready to give account of my stewardship. I don’t play politics in that manner, that is why I am here”.