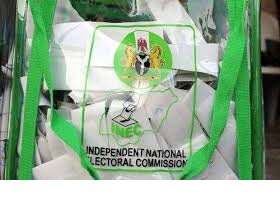 The Deji of Akure, Oba Aladetoyinbo Aladelusi has expressed confidence in the calibre of the Ondo State Independent Electoral Commission, ODIEC, to conduct credible local government elections scheduled to hold next month.

The traditional ruler  stated this during the commission’s officials and an NGO visited the monarch in Akure.

He said with the status of the  commission’s officials coupled with the administration of Governor Oluwarotimi Akeredolu which is known for good governance the coming polls would be credible.

The Monarch said that the giant strides of Akeredolu-led administration cut across the state in which Akure as the state capital benefitted from in the area of road construction, renovation and reconstruction of schools and among other infrastructural developments.

He called on the commission and political parties for more awareness and sensitization on the election through the media for people to participate in the polls.

The monarch also appealed to the commission to do the needful in ensuring credible election is conducted.

His words: ” I’m not bias or have any doubt about the ODIEC and the governor because I know the governor will do the right thing.

The State Chairman of  ODIEC Prof. Dinakin said the essence of the visit was to seek support of the monarch and  his  entire chiefs for massive participation of  the electorate in the polls.

Dinakin who noted that the flagging off of the sensitization was to keep people informed that  the election would hold as scheduled despite the call for its shift in  some quarters.

While allaying the fear over the issue of coronvirus, Dinakin said the election  would  hold next month .

Also, the State Coordinator of Women Led NGO, Mrs. Folake Esan appealed to the monarch as a custodian of culture on the need to invite the  organization to the next palace meeting to sensitize chiefs and the people on the election.