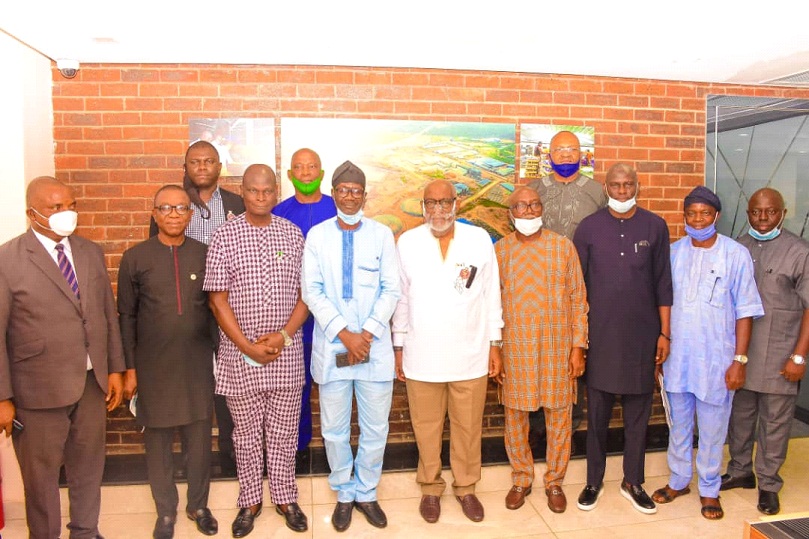 In order to cover all the local government areas in the Niger Delta states, the International Fund for Agricultural Development (IFAD) has solicited more resources to accommodate other local government areas on its LIFE-ND project.
IFAD National Project Coordinator, Engr Abiodun Sanni made this known in a brief interview with The Hope when he visited the state recently.
He said the team visited the state to carry out what he described as excessive sensitization, mobilisation and advocacy exercise on Livelihood Improvement family enterprises project and to also encourage the state to put more resources to accommodate other local government areas.
According to him, such input will bring about agricultural transformation in ensuring food security in the Niger Delta region.
The state Commissioner for Agriculture, Asiwaju Gboyega Adefarati noted that the state was selected due to its previous performance in international organizations sponsored programmes.
He disclosed that the state is currently benefiting from three projects of the World Bank, Federal Ministry of Agriculture and Rural Development.
These according to him included; the Livelihood Improvement Family Enterprises in the Niger Delta ( LIFE-ND) region. LIFE-ND worth 10 million dollars, FAO GEF -7 food systems grant of $2.5M, grant support for Cocoa & Oil Palm productions & the Livestock and the Productivity Resilience Support project (L- PRES) while the Nigeria Cares (N- CARES) and APPEALS are also in the pipe line.
The Permanent Secretary of the ministry, Alhaji Kunle Sanni noted that the LIFE-ND project has a multilayer benefits for all the participants especially the incubatees & incubators.
Accordingto him, the ministry will make it easier for incubatees to practise their chosen trade through provision of necessary incentives such as prepared land & provision of starter pack.
The State Coordinator, Mr Olawale Ademola disclosed that there is a plan to expand the project in the next phase to include other local government areas.
He said the project is being implemented in 10 local government areas with 10 communities each given a total of 100 communities.
While describing the governor as ‘capacity Governor’, Ademola applauded Governor Akeredolu for being among the first to pay the counterpart fund for the project and creating an enabling environment despite the insecurity facing the country at large.
He said the National Project Cordinating Office has visited the incubators and the Incubatees at the benefitting communities across the state.