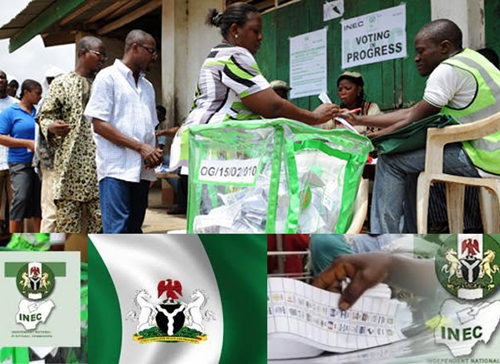 Some Civil Society Organisations, CSOs, in Ondo State have said that the limit on finance and election expenses for political parties, and candidates in the 2023 general elections would only be effective if measures are put in place for implementation.

The Chief Executive Officer of the Restoration of Dignity of Womanhood (ROTDOW), Mrs. Omolona Olabisi and the Executive Director, Gender Equality and Girl Child Development Foundation, Pastor Yinka Odedele said this in separate  interviews with The Hope yesterday.

They explained that  limit on election expenses will help contestants for various positions not to experience exhaustible purse if effectively implemented.

Recall that the Independent National Electoral Commission, INEC, in its released guidelines for the next year elections had said that the maximum election expenses to be incurred by a candidate at a presidential election and governorship candidate shall not exceed N5,000,000,000 and N1,000,000,000 respectively.

She maintained that the guidelines can only  work  if the Commission has a way of measuring the spending of candidates through monitoring team.

“INEC can only say candidates should not spend beyond certain limit, but are they ready to obey INEC guidelines.

“The paper guidelines will not work except there is measure put in place to make it effective.

“Because many of them have already kept more than N5billion and N1billion at home to spend on the elections. “

On her part, the Executive Director, Gender Equality and Girl Child Development Foundation, Pastor Yinka Odedele charged INEC to rise to its responsibility of ensuring that the guidelines are implemented against the belief of moneybag politicians.

This, she said becomes necessary as politicians will still find their ways to spend more than the stipulated limit for election expenses.

“The limit on election expenses  is a mere saying that will not have any effect on the elections if appropriate measures are not put in place” she noted.

While charging INEC to make itself ready for the implementation of the guidelines, the executive director charged the Commission and the law enforcement agencies to arrest any violator of the guidelines and ensure they face the wrath of law.

Odedele, who experienced warrior over the amount being used to finance election in the country said that Nigerians will continue to get it wrong in electing good leaders .

According to her, electorate should see it as part of their responsibility to find out more on the records of candidates rather to believe in their manifestos alone.