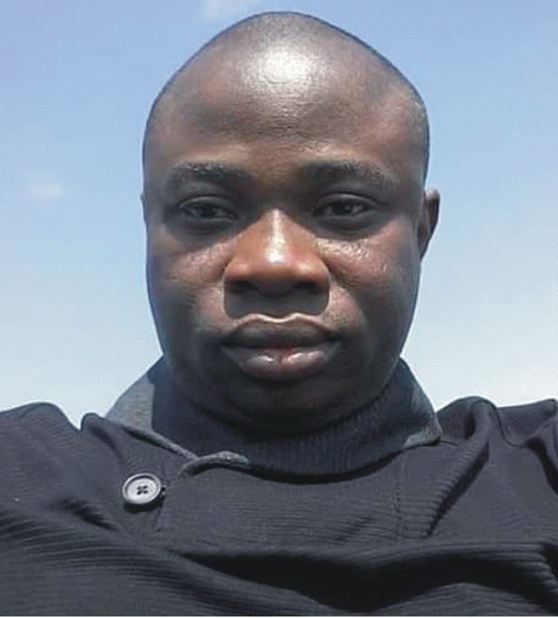 With a population of about 203 million people, Nigeria is said to be the most populous black nation in the world. Unfortunately, it is also perceived by many to be a consumer-nation, meaning that she consumes more than she produces. Dr Edamisan Ikuemonisan, from the Department of Agricultural Economics, Adekunle Ajasin University, Akungba-Akoko, in an interview with BABATUNDE AYEDOJU, speaks on how local production can boost Nigeria’s economy. Excerpts

How will you rate our local production?

One of the major indicators for measuring the performance of any economy is the Gross Domestic Product (GDP). It tells us the value of all goods and services produced in an economy, usually within a year.

Although there are other indicators, the one that the public can relate to is the GDP. When we talk about budget, it is a reflection of our GDP. Sometimes, when you hear people talking about GDP, they are also talking about budget, which tells us how much Nigeria is going to make in a particular year and how much we are going to spend. You may want to spend more than what you have made, in anticipation that in the subsequent year, you will make more or you may make so much money and feel that what you need to spend money on is not up to what you have made. But if you look at Nigeria’s situation, you will see that we have been spending more than what we can make into the economy. That is to tell you that we need more than we are getting.

Locally, we can do a whole lot, and you will agree with me that Nigeria is one of the most blessed countries. We have natural resources and every other thing that we may need. Look at how everywhere is green, which shows that we can produce everything that we need. Unfortunately we are underutilizing our potentials.

Yes. We call something economic sovereignty. What it means is that, to a large extent, what goes on in your economy should be able to drive it. A larger percent of what you feed on should be produced locally. It has a lot of implications. Let me give you an instance. Just imagine that Nigeria depended on Russia or Ukraine for food and the two countries are at war now, what becomes of us? We would run into big trouble. We can be sovereign, to some extent. We may not be able to produce goods that will compete with what is coming from other countries, but we will keep improving till we get better. But as it is today, we have not even started. Instead, we are underperforming and that is why we are borrowing.

What is the bane of local production?

One of the critical factors that I have seen is that many of us don’t even understand how the economy works. That informs the way people criticise Government in the media sometimes. For instance, unemployment is prevalent in our country, but if you ask people to tell you what kind of job they want, you will realise that majority prefer Government jobs. Why? It doesn’t give them trouble. The system allows anything. They assume that nobody cares whether they contribute meaningfully to the economy or not. Such people, if they eventually get the job, will be passive.

Another factor is lack of skills, which is a big issue. People think that they should be employed automatically because they came out with first class, but it doesn’t work like that. Many of them cannot fit into the demands of the society, except for few who had some field experience before gaining admission.

There are entrepreneurial skills that each person needs to acquire in his/her field. That is what entrepreneurship education should be targeted to meet. An economy will thrive when we have more of entrepreneurs, people who can create jobs. I have done some researches and I discovered that some people are skilled but they don’t know how to start. I have a friend from a neighbouring country who said that the government in her country has a department that gives technical support to budding entrepreneurs.

Here, a lot of people go about with ideas, not knowing how to start. A friend in the United kingdom also told me that under the advisory service, the Government looks at what you need most and provides it for you, because sometimes fear of the unknown will not let people take the first step. Some don’t have the skill and those who have the skill are afraid to take the first step.

Concerning the issue of advisory, Nigeria is far more populous than some of those countries….?

No. That’s not it. I don’t know the number of MDAs we have in Nigeria. What are they bringing to the table? For me, the major function of ministry of labour and productivity should be how to step up productivity in the country.

We have three tiers of Government. We should have advisory services across those three tiers with their functions clearly defined but the unfortunate thing is that we don’t have a database for the citizens. Meanwhile, such database would have made it easy to engage graduates effectively, depending on their areas of competence and where there is a need for their skills to be deployed.

I once delivered a lecture where I told my audience that in Nigeria, students are told to focus on reading their books, but it’s not about books alone. There are three things you need to learn when you are in school: the science, art and business of your field. These three things are very important.

Unfortunately, because of the way we are wired in this country, people don’t see the need to grow and develop in those areas. Understanding the method is the science, the art is the real work. After succeeding in these two areas, you need the business aspect. You need to make money because that is what will sustain these two things that you have acquired, but most of the time, we don’t pay attention to them.

That’s why I recommended, in one of my projects, advisory support services. This is an initiative that NGOs and cooperative societies can  take up.

One of the reasons behind border closure was to encourage the patronage of local products, but do you think it had any impact?

It had a negative impact. Let me use an individual as an example. If I tell my wards not to leave my compound for another compound, I will have to provide for them what they are going to get in the next compound. You can only close your borders when what you have is sufficient to take care of your citizens. They closed border against food importation when we were yet to produce enough food locally. The Government should have worked on increasing productivity before thinking of closing the borders. The timing was wrong.

How will you rate the government’s political will to boost local production?

Government has passion to develop the local economy, but it is one thing to have passion for something, another thing to know how to do it. The passion is strong but they have no idea of how to go about it. I will give you an example. They knew that closing the borders would encourage the consumption of local products, but at the time the borders were closed there were no local products.

Even if we now get to produce more, we have the tendency to patronise foreign products. How do you think that can be addressed?

I like that question. Every country in the world develops by consuming their own products more, but many people don’t know.

So we need a new orientation to let everybody understand how the little things they do, thinking that such things don’t matter, affect the economy. A new orientation is required. We must talk  about it. We must engage every stakeholder. I remember while growing up in the 80s that it was the most wretched people buy Chinese products. But that did not discourage them. So today, they are the reason we are using phones. If they had given up because many people did not like their products, they would have derailed.

Let our political leaders start making use of made-in-Nigeria products, people will imitate them. That will encourage local producers. Moreso, people will not want their leaders to set a standard and not follow it.

Is there any impact of local production on the exchange rate of naira to Dollar?

If we produce more to satisfy our citizens or the people that are living in the country and we have excess, we sell excess to people outside and make enough money to buy any kind of thing that we want. But if we are unable to satisfy ourselves, we will definitely depend on people from outside. The damaging thing that people don’t pay attention to is that, because you don’t have enough money to buy the original goods, this place becomes a dumping ground where they dump goods that they will not feed the animals in their own country. It is like that because many people cannot afford the original.

If we sell goods to other countries, we will have a higher stock of foreign currencies because buyers will pay us in those foreign currencies. When we want to buy anything from outside, we take from the pool of dollars that we have to make payment.

5
No Result
View All Result