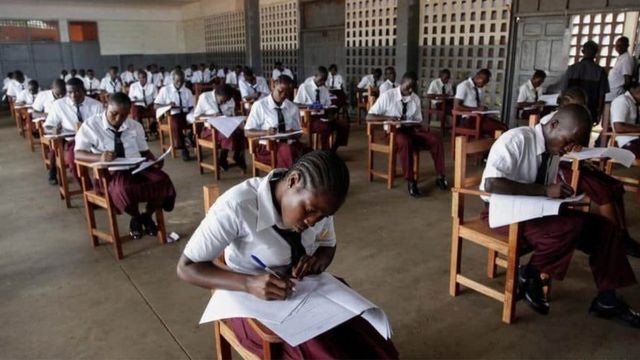 Education has been described as the only vehicle that can move Nigeria forward hence the need for leaders to do more to ensure the standard does not fall.
Speaking on the effect of the lockdown occasioned by the outbreak of coronavirus on education in the country, State Secretary of Parents Teachers Association, Dr Toyin Olobayo noted that the lockdown lowered the standard of education.
Olobayo who is also the Principal of Ejioba High School, Obaile said the lockdown affected the performances of the students adding that they did woefully in the last promotion examination in the state.
According to him, a meeting with the parents had to be organised before vacation to chart a way forward.
His words: “we discovered that the lockdown had wrecked a lot of havoc for the students, parents, teachers and even the government. When we resumed after the lockdown, we discovered a lot of bad behaviours in the students.
” Some of them had mixed with thugs in town and they started behaving like thugs. Their playing habit had increased. What they knew, they had forgotten because they were not reading. In fact, they had lost interest in education.
“Teachers had to start all over again. Parents did not get what they expected from their children. Government too had to spend money it did not budget for. It spent money to fumigate schools, organized online lectures and so on.
“So anything that will lower the standard of education should be avoided at all cost because we can not move forward without education”, he stressed.
Olobayo who commended the effort of the state government for organising online lectures during the period, stated that most of the students did not benefit from it as a result of irregular power supply in some places and lack of access to facilities among others.
He urged all and sundry to comply with COVID-19 protocols to avoid another lockdown.