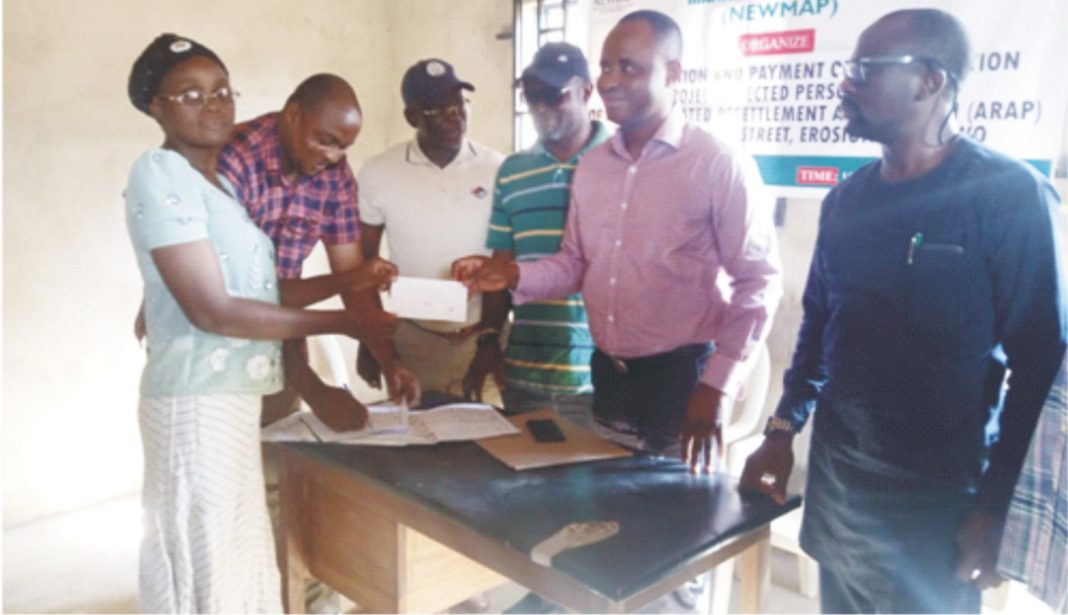 Ondo State House of Assembly has charged the Nigeria Erosion and Watershed Management Project, NEWMAP, not to compromise standard on all the ongoing projects across the state.
The House Committee on Environment led by its Chairman,Oluwole Ogunmolasuyi gave the charge during an oversight visit to the site of the ongoing water drainages and culverts project at Festus Adetula Street,Owo in Owo Local Government area.
Ogunmolasuyi, who is the Majority Leader of the House expressed satisfaction with quality of work done on the erosion site.
While explaining that the Committee had been to about three Local Governments in order to ensure that the Agency was doing a standard work urged them to maintain quality that can stand the test of time.
He solicited for intervention in other areas that needed such, charging residents to equally maintain every projects to fast-track more development to their areas.
The State Coordinator, Adewodun Marcus while speaking with newsmen affirmed that the intervention was community based meant to enhance socio-economic development and give relief to people across the State.
He said they have transversed across the eighteen Local Governments of the state to spot areas that needed urgent intervention .
The Coordinator noted that the area of intervention approved on the site for now was 670 meters, hoping that the Agency will get more approval for extension.
He promised that the project would be delivered in January, assuring not to compromise standard.
During the oversight, the Chairman of the Committee on behalf of the Agency presented cheques to some Project Affected Persons (PAPs) as compensation.