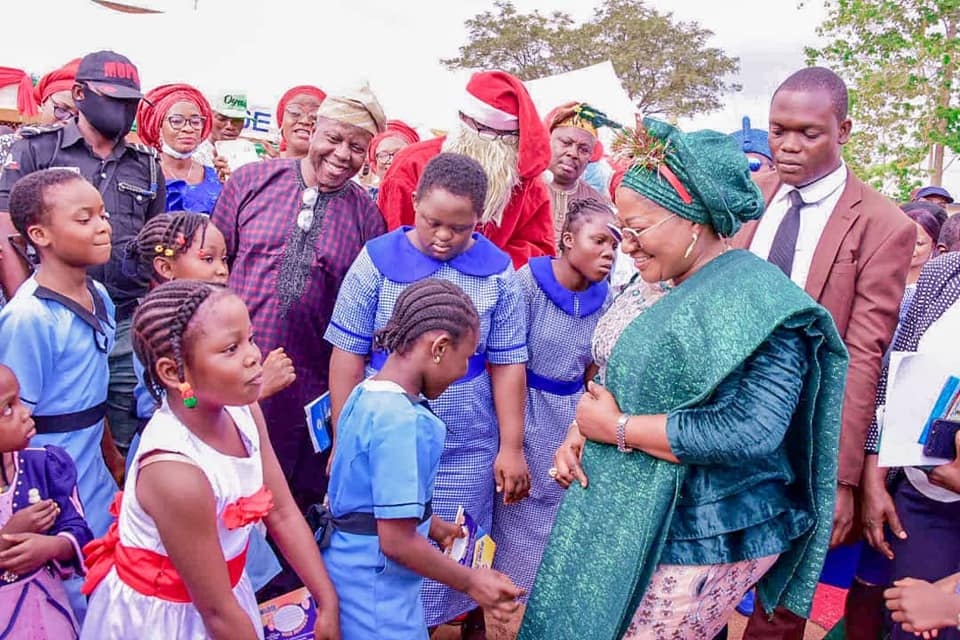 As part of preparatory measures to become instruments of change and development in the society, the wife of Osun State Governor, Mrs Kafayat Oyetola, has charged the children of the State to imbibe good manners and make their education a priority.
Mrs Oyetola, speaking during the 2020 edition of the Children’s Christmas Party at the Osun State Broadcasting Corporation compound, said the future of the State and the nation rests on the shoulders of today’s children, hence the need to strengthen the foundations of character and education.
The Osun first lady, who expressed thanks to God for keeping the children of the State, said: “I thank Almighty God for His mercies on all of us especially, our children for whom this party is organized today. May God continue to keep and nurture you.
She also commended the media for their support through objective and accurate reporting of the developments across the State.
In an earlier remarks, the Commissioner for Information and Civic Orientation, Mrs Funke Egbemode, expressed gratitude to God for the State of Osun, stating that Osun has been through so much troubles in 2020 but God has been kind to her.
Also speaking at the event, Professor Olu Aina, the father of the day, greeted Governor Adegboyega Oyetola of the State of Osun, stating that although it was a difficult time to lead in any capacity, he has shown calmness in the face of adversity.
He charged children, teachers and parents to support the administration of Governor Oyetola, so that State of Osun can attain an enviable height among other States in Nigeria.
During his sermon, the Bishop of Osun Central Missionary Diocese, Rt. Reverend James Oluwatoyin Bamidele, lauded Governor Oyetola for his efforts at ensuring peace and unity in the State.