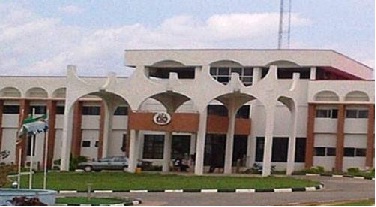 The Mosque has been described as a veritable platform in shaping and modelling lives of youths and individuals for a better tomorrow.
The Chief Imam of Al-Addaby Central Mosque, Owo, Sheikh, Yunus Anola stated this in a telephone interview with The Hope.
Sheikh Anola also stated that religious houses and bodies have a greater role to play in disseminating information to the grassroots so that people can change for good.
The Cleric urged the mosque not to deviate from her duties now that youths involvement in crimes like kidnapping, rape, armed robbery, examination malpractices are rampant in the country.
According to him, clerics and religious houses, should be courageous to condemn all criminal activities and tendencies and should not be ashamed of saying the truth always no matter whose horse is gored.
Sheikh Anola condemned the activities of clerics who have been caught engaged in one form of criminal act or the other as he quickly said they are not really what they claimed to be but impersonators who find the garb of pastors, Alfas or Imams to perpetrate their evil intentions.
In the same vein, Sheikh Anola has charged politicians and those in the saddle of leadership and governance in the country to have the fear of God at heart and put the interest of the people uppermost.
Similarly he reminded those who use the position they are in to acquire ill gotten wealth to know that one day they will cease to exist and whatever they acquired illegally shall end.
Meanwhile, the Chief Imam has charged Muslims, Christians and all Nigerians to adhere strictly with all the preventive measures adopted by government and health experts to curb the spread of coronavirus pandemic ravaging the country
Sheikh Anola urged worship centres not to abuse the reopening of churches and mosques as any centre that refuses to follow government is laid down regulations risk being closed down by the state government
He reminded Muslims and Christians alike of the need to pray fervently to God for the cure of the COVID-19 which has claimed many lives, crippled government and commercial businesses.
Equally the cleric called on well to do Nigerians to assist the less privileged people in the society at this critical time.