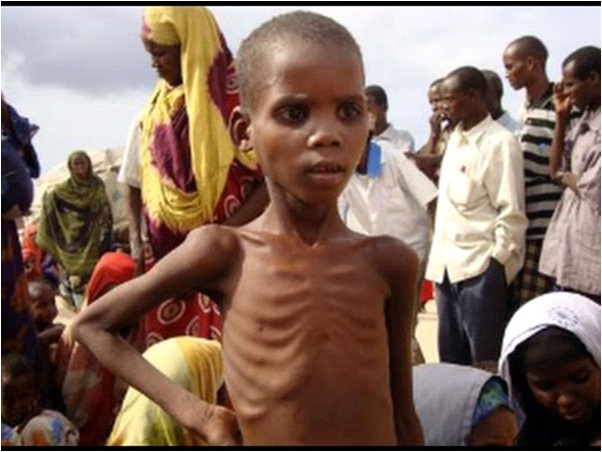 The recent ranking of Nigeria by the United Nations Children’s Emergency  Fund, UNICEF, and the World Health Organisation, WHO, as first in Africa and second in the world among countries with the worst malnutrition cases did not come to many as a surprise.

In the UNICEF report published in 2021, entitled: “Fed to Fail? The Crisis of Children’s Diets in Early Life”, Nigeria was placed second in the global malnutrition burden with 17 million undernourished children.

According to the same report, one in three children in the country is diminutive, while one in 10 children is wasted, setting the country off-track to achieving the Sustainable Development Goal (SDG) 2 – “Zero Hunger” by 2030.

GOAL number two of the United Nations Sustainable Development Goals is ending hunger by 2030. It also requires the world to ensure that all people have access, particularly the poor and people in vulnerable situations, including infants, to safe, nutritious and sufficient food all year round.

The sad story of Nigerian children and malnutrition seems not to be ending very soon, as the country parades a status of second-highest burden of stunted children in the world, with a national prevalence rate of 32 percent of children under five.

The Hope spoke with stakeholders in this regard on how best to end malnutrition in the country.

A nutrition expert, Mr Hassan Aderomi, said that about 33 per cent of Nigerians will get out of extreme poverty if the country successfully tackles malnutrition. He added that malnourished children have zero potential to contribute to the economy, hence the need to come together and end malnutrition

His words: “Most people need to realize that a balanced meal is not an expensive meal, but simply a meal that contains all classes of food.

“It is understood that there are extremely poor people in the country. At the same time, there are meals that are affordable to anyone, irrespective of any class. Examples of affordable meals are: akara balls with pap and sugar, tea with bread, bread with beans and rice with beans among others. Stakeholders in the catering industry should make the education available to all that food does not have to be expensive to be a balanced diet; they just have to be rich in nutrients. Families should, as well, be educated about the correct feeding practices for older babies and children, and provision of micronutrient supplements with vitamins and fortified.”

Sharing a similar sentiment, another nutritionist, Mrs Salamot Jimoh, said that citizens should be educated about the importance of good diet. Her words “At the individual level, nutrition-based interventions to improve child malnutrition should include educating mothers and fathers about the need to breastfeed infants within the first hour of life. Exclusive breastfeeding in the first six months of life, introduction of appropriate complementary food accompanying breast milk after six months of age and appropriate diet diversity, administering iron and vitamin A supplements.

“At the household level, ensuring good water, sanitation and hygiene practice can help reduce infections which result in child malnutrition, while at the community level, supplementary food such as lipid-based nutrient supplements and fortified cereal products should be distributed. Government should also support through food or cash transfers to poor Nigerians to be able to feed well,” she said.

In the submission of a civil servant and father of five, Mr Kehinde Olutoba, war against malnutrition could only be won if government addresses high prices of foodstuffs in the country, as he lamented that many households could not afford three square meals per day anymore.

His words: “No matter the level of employment in a nation, when the cost of living exceeds the income of a person, malnutrition is inevitable, because the victim will eat anything just to meet up with his daily bread. The government should step in and subsidize the cost of living thereby making the purchase of food items affordable.

“The ultimate labour of a man on earth is for the sustenance of his mortal body. When a man is handicapped, he cannot in any way provide for himself and this ultimately leads to malnutrition. People at all levels should be empowered and the empowerment process should go down to the grassroots level. Civil servant parents like me with five children will find it difficult to provide balance diet for their children if they only depends on salaries.

“Another important area that is calling for attention to solve malnutrition is creation of more jobs to reduce unemployment. When starvation sets into a nation, it begets malnutrition by default. When a person is gainfully employed, such, in turn, feeds two or three people connected to him/her. This is where the school feeding programme gets it wrong. It is not enough to give the children food in school. The parents of these children when empowered, can do more than just a square meal per day, including weekends and holidays,” he said.

An educationist, Mrs. Olubunmi Oluwole, who blamed the  recent ranking of Nigeria by WHO as the worst malnutrition case in Africa on the insecurity challenges facing the country, called for a holistic approach to end insecurity, so that farmers could be encouraged to go back to the farm. The woman who observed that children suffering from malnutrition are at risk of poor cognitive development and other health problems,  urged concerned authorities to act fast.

Her words: “The major cause of malnutrition is hunger. Farmers can no longer go to farms and the few who are risking their lives to farm cannot sufficiently meet all households demand for food, making the few available food in the markets unaffordable for low income earners. Any country experiencing insecurity like ours will surely experience hunger and malnutrition. Unless government solves the problem of insecurity, cases of malnutrition will continue to be on the increase,” she said.