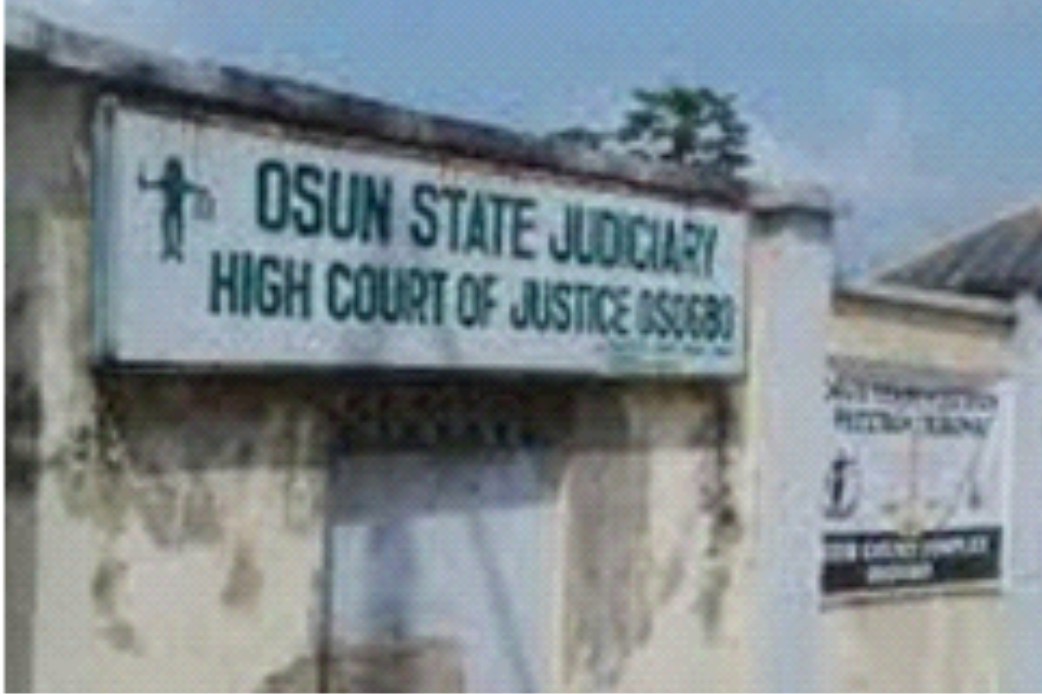 An Osogbo Magistrates’ Court has ordered the remand of a 20-year-old man, Omoboriowo Afeez , in police custody for allegedly killing one Olanrewaju Afolabi.

The Osun State Police Command arraigned the suspect on Thursday over murder  Magistrate Olusola Aluko, who gave the order said the suspect should be kept behind bars due to the magnitude of the alleged offence he committed .

Police Prosecutor, ASP Idoko told the court that the defendant committed the offence on November 14, 2022 in Osogbo, Osun State capital.

According to Idoko, the suspect conspired to commit felony to wit murder and unlawfully killed Afolabi.

He said the offence is contrary to and  punishable under sections 324 and 319(1)of the Criminal Code Cap 34, Vol II Laws of Osun State of Nigeria 2002.

The Court did not take the plea of the defendant

In her ruling , Magistrate Aluko ordered that the suspect should  be remanded in the police custody.

He directed the police in charge of the case to duplicate the case file and forward it to the office of the Director of Public Prosecutions (DPP) office for legal.

He, thereafter, adjourned the case till February 9, 2023 for mention.