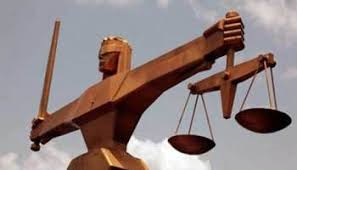 From Fisayo Akinduro, Osogbo
|
A 22-year-old man, Akanmu Rasheed, was on Thursday sentenced to three months imprisonment by an Osogbo Magistrates’ Court for burglary.

The convict committed the crime on January 5, 2020, around 3:00am at zone 9 back of capital Hotel area oke Arugbo in Osogbo.

The prosecutor, ASP. Fagboyinbo Abiodun, told the court that Rasheed broke through the fence and entered the house of one Akinsipe Emmanuel.

The convict pleaded guilty to the two charges levelled against him by the police.

The defence counsel, Ibrahim Imran, applied for the bail of his client and pleaded with the court to temper justice with mercy, saying the convict was still young.

The police prosecutor, however, opposed the bail of the convict.

He told the court that the convict committed a similar crime on December, 31, 2019.