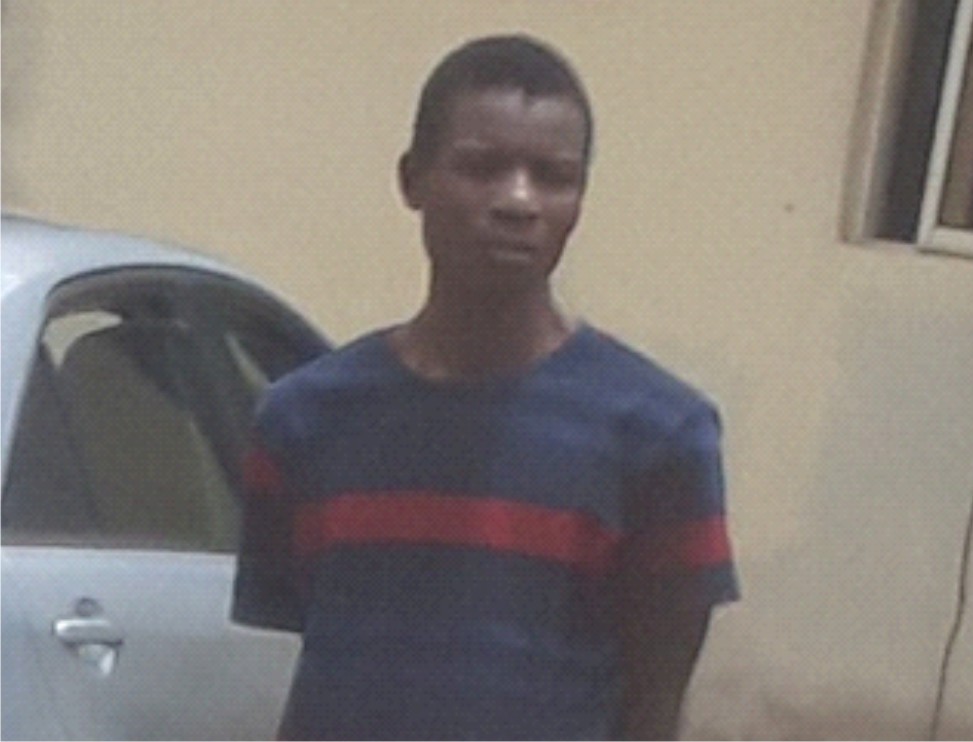 The Ondo State Police Command has arrested a 23-year-old man, Abidemi Oguntuyi , for stabbing his co-tenant, Abiye Friday, 40, to death.

Oguntuyi was said to have stabbed the deceased in her neck  and other parts of her body 15 times, while  she was trying to settle a quarrel between him and his brother.

The police said the  incident occurred  on September 6, 2022 at about  11.00am at Ibaka quarters, Akungba-Akoko.

The Hope Metro gathered that the deceased, who was living in the same house with the suspect was trying to settle a quarrel between the suspect and his brother which resulted to an argument.

The deceased’s sister who does not want her name in print told our correspondent that an argument  ensued between the deceased and the suspect while she  was trying to settle a dispute between him  and another person in the house.

” The argument  degenerated into a scuffle and in the process, the suspect took a knife and stabbed Abiye severally in the chest.

“Neighbours rushed her to a nearby hospital in the area, where she was certified dead,” she said

It was also gathered that when the deceased’s brother, one John Friday,  tried  to stop the suspect, he deliberately stabbed  him to and inflicted a deep cut on his right hand.

Meanwhile, the suspect was arraigned before  the Akure Magistrates’ Court on two courts of murder and attempted murder.

The police prosecutor, Simon Wada told  the court to remand the accused at the Olokuta Correctional centre pending the outcome of  advice  from the Director of Public Prosecutions (DPP)

Counsel to the accused, Adeola Kayode prayed for an adjournment to enable him file  a counter affidavit  to the prosecutor’s written application..

The Magistrate, D.S. Sekoni, ordered that the accused be kept in police custody pending ruling on the remand application.

Sekoni, adjourned the case till October 7, 2022, for ruling.