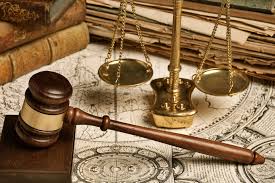 Man, 32, docked for parading self Captain

By Kayode Olabanji
|
The Nigeria police has dragged one Ikwuegbuku Ikechukwu Stanley before an Akure Chief Magistrates’ Court sitting at Oke-Eda, for allegedly parading  and impersonating to be a captain of Nigeria Army.

The 32 year-old man was brought before the court on three count-charge of impersonating and unlawful possession of military items.

Stanley, was also alleged to have wilfully and unlawfully did harm to one Onyeka Okpara by stabbing his right hand finger with Jack knife. He was also alleged of being in possession of military items which he could not give a satisfactory account of how he came about them.

However, the accused pleaded not guilty to the charge when it was read to him.

The prosecuting counsel, Inspector Uloh Goodluck, told the court that two of the four prosecution witnesses were in court. He therefore, prayed the court for an adjournment to enable him gather all witnesses and to study the case file properly before the next date.

Lawyer to the accused person, Mr I. Mafimisebi, did not object to the adjournment date sought by the prosecutor. But he prayed the court to grant the defendant bail in most liberal term.

The magistrate, Mrs Charles Adeyanju, granted bail to the defendant in the sum of N100,000 with one surety in like sum, whom she said must produce evidence of tax clearance for this current year