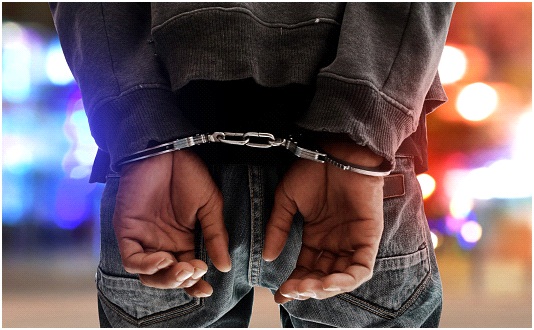 A 45-year-old farmer, Igwe Sunday, who allegedly defiled a nine-year-old girl, has been dragged before an Akure Magistrate’s Court charged with unlawful canal knowledge.
The defendant was brought before the court by the police for defiling the minor whom he claimed was his neighbour’s daughter.
The prosecution accused Sunday of having unlawful carnal knowledge of the victim on July 3,this year at about 4pm at Igunshin Camp via Ala in Akure Magisterial District
The offence was contrary to and punishable under section 218 of the criminal code cap 37 Laws of Ondo State 2006.
The plea of the defendant was not taken, as the court lacked the jurisdiction to entertain the case.
The prosecuting inspector, Augustine Omhenimhen, pleaded with the court to remand the defendant at the Nigerian Correctional Centre pending the advice from the office of the Director of Public Protection (DPP) on the state Ministry of Justice.
The trial Magistrate, O. R Yakubu, however said the offence committed is a capital one and that she lacked the power to entertain it.
While questioning the defendant on why he defiled the little innocent child, he responded that: “I committed the offence. The child is my neighbour’s daughter and we both work in the same camp.”
On whether he has a wife, he said he has with four children. But he claimed that she is no longer with him.
Yakubu ordered the police to duplicate the case file and send it to the DPP for legal advice and adjourned the case till November 1,2020 for mentioning.