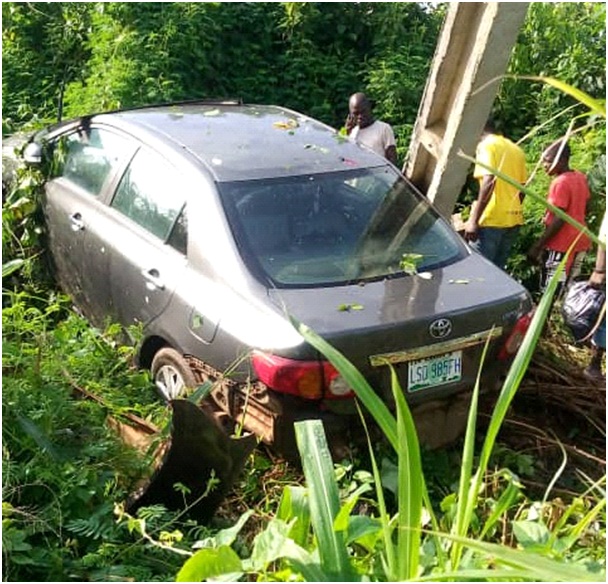 A motorist yesterday escaped death by the whiskers when his Toyota car strayed into a bush along the Ondo road in Akure, Ondo state.
The Hope Metro gathered that the car with number plate LSD985FH rammed into the bush near the second gate of the Army barracks.
The accident affected the concrete electricity pole in the area as it almost got uprooted.
An eyewitness, Mrs Ope Adebayo told The Hope Metro that the driver mistakenly swerved into the bush rather than applying brake.
The driver, however came out of the car unhurt as sympathizers immediately trooped to the scene to rescue him.
As at the time of filing this report, the sympathizers were clearing the bush to evacuate the car.