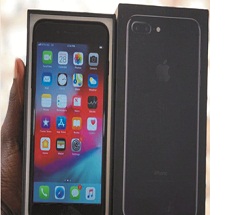 Adedapo, who claimed to be a driver was said to have stolen the phone, property belonging to one Umar Mohammed on the May 5, 2019 at Adegbemile around the Akure magisterial district.

According to the prosecution, the offence committed was said to be contrary to section 383 and punishable under section 390(9) of the Criminal Code Cap 37, Vol. 1, Laws of Ondo State of Nigeria, 2006.

The defendant facing one count charge of stealing pleaded not guilty to the charge levied against him.

Meanwhile, the prosecuting officer, sergeant Oniyere Taiwo, who called for three prosecution witnesses applied for the remand application of the defendant based on his offences.

He also added that the exhibit was found with the suspect which have been recovered.

However, the defense counsel, Mr. Daniel Ogungbemi, prayed the court to grant the defendant bail in most liberal terms. He said the defendant will not jump trial until the determination of his case.

The prosecuting counsel did not oppose the application by the defense counsel but prayed the court to release the accused person to a reliable surety.

In her ruling, the magistrate, Mrs J. Adepoju granted the defendant N50 000 bail with two sureties in like sum. She also ordered that the sureties must tender their house addresses and evidence of tax payment for the year.

The case was adjourned to December 18, 2019 for definite hearing.