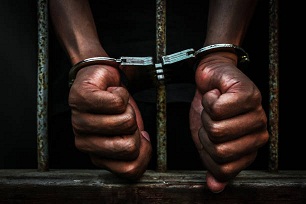 Oladare Kolade, who has no fixed address, is facing two count charges of stealing.

The Prosecutor, Inspector Usifoh James, told the court that the defendant allegedly stole a pair of canvass shoe and white pam slippers valued #35,000 property of one Olumide Adegunlehin on December 23, 2018 at about 12.30pm at Peace Reign Supper market sabo road, Ore.

The prosecutor informed the court that the offence committed contrary to section 383 and punishable under Section 390(9) of the Criminal Code Cap 37 Vol. 1 Law of Ondo State, 2006.

The prosecutor however prayed for a date to enable him gather two prosecution witnesses and study the case file.

Counsel to the defendant, Mr. Rufus Omotayo did not oppose the date request but urged the court to grant the defendant bail in a most liable terms.

The defendant, however, pleaded not guilty.

The Magistrate, Mr T.J Ajayi, granted the accused bail in the sum of N100, 000 with two sureties in a like sum, one of whom must resident within the magisterial district.

He adjourned the case until November 28, 2019 for mention.