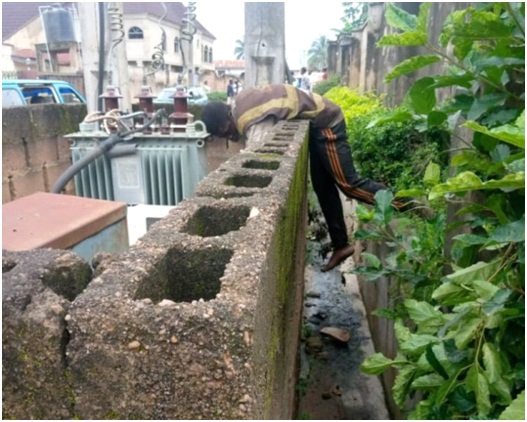 A man, whose identity is yet to be ascertained, has been electrocuted while trying to steal transformer cables at Onward, Golf area of Osogbo, Osun State capital.

The Hope Metro gathered that the incident happened around 4:00pm on Monday.

A resident of the area, Mr Olu Adebayo disclosed that the man who was electrocuted, was trying to remove some cables from the transformer.

He said a close look at the deceased showed that he was one of those scavengers who relied on picking electrical components to sell for survival.

According to him, nearby residents reported that they heard the sound of an electrical spark and also heard the scream of the man before he died.

Adebayo also said the suspect was found hanging dead on the transformer.

The Hope Metro gathered that the attempt by the man was not the first time as several efforts have been made to vandalize the transformer in the area.

Reports also had it that the corpse of the man has been removed by the appropriate authority.