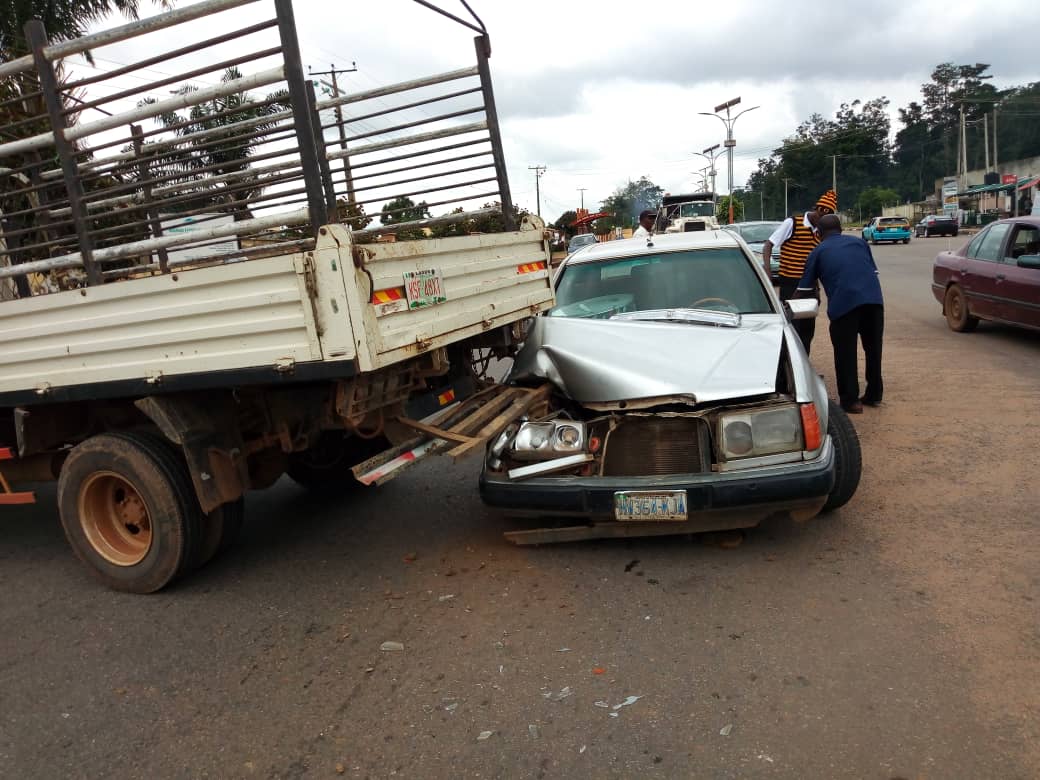 Eyewitnesses blamed the accident on over speeding and lack of patience on both drivers.

Although no life was lost to the accident, brunet, bomber and chassis among other vital parts of the Mercedes car were completely damaged as the car hit the iron behind the Pickup. The Pick-up only recorded minor damage.

The driver of the Dyna pick up who was coming from First Bank area and making a u-turn in front of OSDPC when the Mercedes car coming from Ijapo direction and heading towards First Bank area rammed into the Pickup vehicle from behind. The car was immediately hooked behind the Pick-up

It was gathered that the Mercedes car oversped and tried to apply brake a pole away, but all to no avail.

An eyewitness who identified himself as Gbenga, a commercial motorcyclist said he was at the FECA bus stop, opposite OSDPC, when the accident occurred. According to him, the Dyna Pick-up was trying to turn at the junction when a Mercedes car which was on full speed rammed into it.

He said the driver of the car did not know that the Dyna was reversing when it could not make the turning at once.

Gbenga added that as the Dyna was reversing to enable it complete its turning, the car hit it from behind and caused serious damage on the car, especially the front part of the vehicle.

The development caused traffic jam for about an hour, as vehicle owners and other road users were made to take the next lane.

Vehicle Inspection Officers who visited the scene had hectic time controlling the traffic before police officers from Ijapo station took the two vehicles to their station.