Man in court over rape 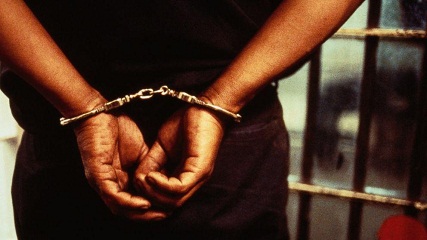 Man in court over rape

By Sade Adewale
|
A 29-year-old bricklayer, Tope Oladiji has been remanded by the Chief Magistrate Court in Bolorunduro town ,Ondo Magisterial District,  for allegedly raping  one  Ronke Oladunjoye.

The police brought Oladiji before the court  for committing the offence.

The defendant is facing one-count charge bothering on rape.

He was said to have committed the offence on May 6, 2019 at about 10:00am at Olorunkole street Yaba, Ondo, contrary to and punishable under section 358 of the Criminal Code Cap 37 Volume 1 Laws of Ondo State of Nigeria 2006.

The charge sheet read in part,”That you, Tope Oladiji on May 6, 2019, at about 10:00am at Olorunkole street,  Yaba, Ondo, in the Ondo Magisterial District did rape one Ronke Oladunjoye  and thereby committed an offence contrary to and punishable under section 358 of the Criminal Code Cap 37 Volume 1 Laws of Ondo State of Nigeria 2006.

The plea of the defendant was not taken.

The police prosecutor, Olagbaju Adekemi, asked  the court to remand  the defendant in Shegede prison custody, pending the legal advice from the office of the  Director of Public Prosecution.

Lawyer for the defendant, Oladire Abayomi did not oppose the application for remand of his client made by the prosecutor.

The presiding Magistrate, Mrs Christiana Ijeh, said the case file should be transfered to the  DPP  in the State Ministry of Justice for legal advice.

ijeh  added that hearing notice should also be served on the DPP and police, while she  adjourned the case till June 23, 2019.