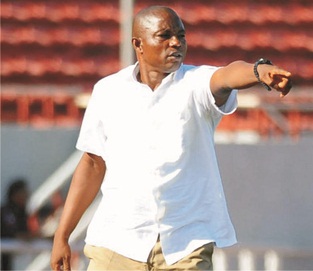 From Fisayo Akinduro, Osogbo
|
Head coach of Osun United, Samson Unuanel on Saturday resigned his appointment with the Omoluabi Giants after a 4-2 loss to the league new entrants, Giant Brillars of Enugu.

The veteran gaffer, who has handled big teams like Sunshine Stars of Akure, Kwara United, Enyimba and many offers alleged a gang up against him as the reason for him to throw in the towel.

“This is a pure gang up by some players and forces outside the team against me. It was a deliberate and planned attempt to sabotage my efforts. They have made me realised that there were banana peels on the ground for me. We were leading 2-0 in the first half but things fell apart in the second half when some players intentionally let loose of the ball cheaply to the opponents, who were practically dormant in the first half”.

“This means the environment is not conducive again for me because for a team to succeed, there should be unity among the players, the technical crew and the fans, which of course is missing”.

I therefore thank Osun Government, the management, loyal fans and supporters for the opportunity given me to serve them once again as I resign my appointment forthwith”, concluded Unuanel.

Meanwhile, the incoming management of Osun United has rejected the resignation of Coach Samson Unuanel from the club.

The management said his abrupt resignation, which the coach attributed to  sabotage by forces within and outside the club would be disastrous at this trying period.