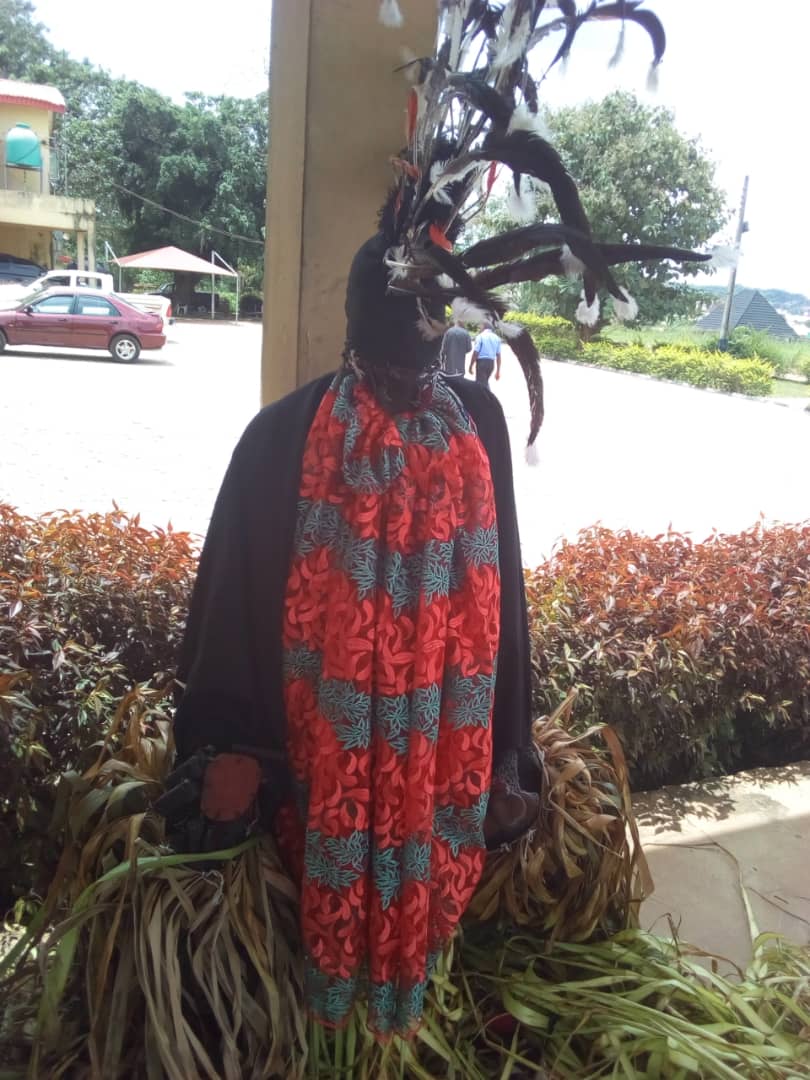 Police are now on the trail of a blood thirsty masquerade which allegedly killed a 30-year-old man, Femi Makanjuola at Olomoyeye Street, Gaga, Oke-Aro, Akure.

The mother of the victim, Mrs Monisola Awosanmi, while recalling the ugly incident said there was a preexisting animosity between the boy, the accused father and therefore called for justice.

According to Mrs Awosanmi, the victim went to buy some items in the street when he met his untimely death, adding that he had secured a job with Dangote company in Edo-State.

Eyewitnesses alleged that the masquerade and its accomplice stabbed the victim in the stomach over his refusal to give them money.

Speaking in an interview with The Hope, Adaramola Ajoloko a 100 years old man and father of the masquerade said “I never knew what was going on. It was my son Sunday Daramola who stabbed the young man to death and he is nowhere to be found.

He stated that, am 100 years old, I don’t want to spend the rest of my life in prison because of that, my son have to show up and come forward.

When contacted the PPRO, Ondo police command Mr. Femi Joseph who confirmed the incident said the force has conducted preliminary investigation into the matter.