May 29 as political watershed 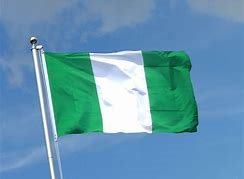 May 29 as political watershed

By Ayodele Fagbohun
|
May 29, officially declared and observed as presidential inauguration remains a great milestone and political watershed in the chequered annals of the nation’s history.

Sequel to the fierce controversy and the ensuing political imbroglio that trailed the annulment of June 12, 1993 presidential polls won fair and square by the late business mongul, Chief Moshod Kashimawo Abiola (a.k.a MKO) on the platform of the defunct Social Democratic Party (SDP).

The relentless and adroit resistance and the demand of the electorate nay the people to revalidate the annulment and restore the mandate to the acclaimed winner MKO Abiola now of the evergreen memory.

This, however led to sporadic outbreak of violence and protests across the country especially in the South West enclave naturally aggrieved for depriving her own kinsman the popular mandate freely given through the ballot box ostensibly on account of his origin, or ethical affiliation.

Frantic attempts to restore normalcy in the tense political atmosphere and to appease the Yoruba of the South West arguably the most articulate segment of the country fell on the deaf ears until by deu ex machine, two presidential candidates were fielded in the two major political parties namely Chief Oluyemi Falae in the joint ticket of the Alliance for Democracy/All People’s Party and Chief Olusegun Obasanjo as candidate of the People’s Democratic Party (PDP).

Eventually, the president-elect and former military Head of State that handed over the rein of power to Alhaji Shehu Aliyu Shagari in the 1979 presidential polls, Chief Olusegun Obasanjo and the political think tank the nation’s power brokers decided in their wisdom to choose May 29 as the day of inauguration the swearing-in of the president-elect and by extension, the day to play the dual role of democracy day.

This was to douse the raging and the unstoppable tension; and perhaps, the political master stroke designed to take the wind out of the sail of the implacable pro-democracy activists, the National Democratic Coalition NADECO led by the late erstwhile governor of Ondo state, Chief Michael Adekunle Ajasin, similar rights’ activists and the general mill of the populace bent to keep the fire of June 12 aglow as democracy day.

While some state governors in the South West declared June 12 as democracy day to keep the flag flying as public holiday, the federal government continues to ignore the historic importance of the day until President Mohammadu Buhari led administration opened a new chapter in the nation’s history by declaring June 12 as democracy day with concomitant funfair.

In retrospect, incidentally, May 29 appeared on the front burner of the nation’s political template and discourse when violently submerged in political vicissitudes and grave socio-political crises that calamitously set the country on a cliff waiting to be tumbled headlong.

After the bloody revolution of January 15, 1966 led by Major Kaduna Nseogwu that ousted the civilian administration of the Prime Minister, Alhaji Tafawa Balewa, a new military government and supreme commander of the armed forces, Major General Aguiyi Ironsi assumed the mantle of leadership in the country.

“After the proclamation of decree No 34 by Major General Ironsi violent demonstration broke out in parts of Northern Nigeria in protest against the obnoxious decree.

“On May24, 1966 Ironsi made a serious mistake when he abrogated the federal structure and imposed a unitary system on the country.  This decree had unfortunate effect of confirming the Northerners – who could not see themselves competing effectively for government jobs on the basis of merit with educationally advanced southerners – their worst fears of master-plan to dominate them.

“There was violent anti-Ironsi demonstration in several towns in the Northern Nigeria between May 28 – 31st May 1966.

The backdrop was the horrifying scenario the people and the polity up North were passing through in the dark days of the national travails as graphically painted in a compendium entitled Nigeria “The birth of Africa’s greatest country” (Volume 2.)

In spite of General Ironsi’s conciliatory move to allay the suspicion and fears of his Igbo ethnic domination, the Northern political elite suborned almajiris and the talakawa, went berserk, poured in their hundreds to the streets chanting solidarity and war song “Araba” the Hausa word to divide and secede and the country should fall apart to its components.

According to philosopher, George Santayana, “those who cannot remember the past are condemned to repeat it.”

May 29, 1966 as the day of national travail and confusion when a large chunk of the country and indeed the whole polity was at the crossroads deserves to be remembered and observed as day of inauguration in a sober reflection.

May 29 cannot be reasonably wished away or be swept under carpet if only to preserve sense of contemporary history and more so to reconstruct the future of Nigeria as a united, progressive and indivisible sovereign republic.