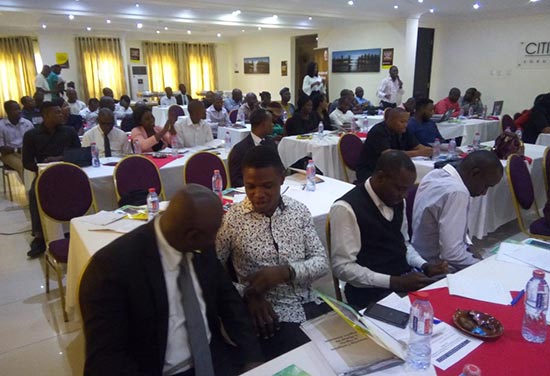 From Fisayo Akinduro, Osogbo
|
Media practitioners in Nigeria have been urged to be more professional and ethical in their reportage.

Alabi said journalists should know their ethics and be factual in their reportage, adding that  media practitioners should eschew bias and prejudice in the discharge of their duties.

He said there was the need for journalists and media practitioners to be assertive and professional in the line of duty.

Alabi said as partners in development, actors within the realm of the fourth estate, should develop their leadership skills in order to contribute effectively to the development of the nation.

According to the Deputy Governor, it was incumbent upon media practitioners to steer clear of the old snare of media polarisation which seeks to entrap media from joining partisan politics.

While urging journalists to promote democracy through accurate reportage, he lamented the havoc which fake news and unverified information have done to the country and the world in general.

Alabi said the only way to eradicate fake news and wrong information circulated by the media against the government was for the journalists to uphold the principle of objectivity, saying most of the time fake news instigates government’s policies against the public.

The Deputy Governor maintained that if those in charge of information management can be more investigative and cross check facts about every information before publication especially as relates to government policies and activities, society would be better.

He called for continued cooperation between the government and members of the fourth Estate of the realm in their efforts to take the state and the country to the next level of development, through media activities, especially information dissemination.

“As a government, our doors are always open for you to cross check facts that relate to our government before publication. You are assured of our cooperation at all times.”

He however, identified with women in their call for more inclusion in governance and political appointments while encouraging women to be more visible in the contest for political posts.