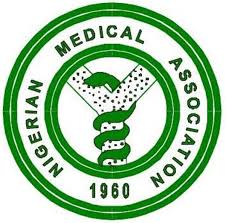 By Kemi Olatunde
|
President of Nigerian Medical Association (NMA),Dr Francis Faduyile, has advocated for free treatment of mental related illness in order to tackle extensively increase of the sickness in Nigeria.

Faduyile stated this yesterday in Akure during the inauguration of a Non Governmental Organisation (NGO), Carry My Cross Mental Health Centre,  providing services to patients of mental health illness.

The NMA president, who was represented by Dr Abayomi Olajide, the Chairman of NMA Committee on Mental Health, said that issues of mental health should be taken serious by government, individuals, donors and non-governmental organisations as being done on HIV treatment.

He added that there should be mental health units in all health facilities, saying that all psychatric hospitals should be turned into rehabilitation centres.

According to him, hands must be joined with Association of Psychiatrists in Nigeria, NMA,NGOs and other mental health specialists towards advocacy for better mental health services and passage of Mental Health Bill currently before 8th Senate in the interest of promoting safer society.

He condemned act of discrimination and stigmatisation against people living with mental sickness.

The president of NMA noted that it was incumbent upon society to help young people developmental resilience from the earliest age, in order to cope with the challenges of today’s world.

In his words, Mr Rotimi Ogunsanmi, the Founder and Chief Executive Officer of the organisation, said that he established the mental health centre because ‘it is a calling not because I am rich but it is necessary. This is a dream that will not die.’

Ogunsanmi noted that the initiative was a revolutionary project for the betterment of people.

He stressed that the foundation was bent on making those with mental illness not to see themselves in a state of helplessness.

According to him, whoever that calls the centre for help will be transported to nearest psychiatric hospital at no cost.

He promised that the foundation would as well provide needed donations to the patients and their children.

Mrs Modupe Martins, a founder of an NGO, Liron Hydrocephalus Foundation, explained that youths were special and germane to nation building, hence the need for them to be mentally balanced.

Martins called on faith based organisations to set up advocacy programmes that would educate youths,tasking parents and guardians not to leave youths to destruction.

She applauded Carry My Cross Foundation for the life changing project, saying that it should not relent its efforts.

Martins cautioned stigmatisation against mental illness patients, saying that it  would delay process of treatment given to them.