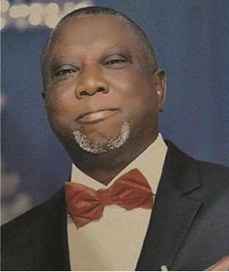 A  prominent member of the  Ondo State branch of  the Zenith Labour Party, ZLP and long-time friend of the immediate past governor of Ondo State, Dr Segun Mimiko, Elder Soji Bello died yesterday .

Bello  who was 64 years old  passed away at the Trauma and Surgical Centre at Ondo, in Ondo state during a protracted illness.

Ondo State Governor , Oluwarotimi Akeredolu,    in an emotion  ladden speech described the late Soji Bello as a man of courage whose loyalty to friendship was inexorably deep.

In a condolence message signed by the Senior Special Assistant to the Governor, Ojo Oyewamide, the governor said he received with rude shock the news of the demise of Mr. Soji Bello, saying “this is one news so unkind.”

The Governor expressed his condolence to the family of the deceased as well as the immediate past governor of the state, Dr Olusegun Mimiko, and his political family over this heart-aching occurrence.

“Succinctly too, the entire people of the state have lost a very dear political figure who enriched political participation with humility in the days of the immediate past administration under the Labour Party(LP) and later the Peoples Democratic Party (PDP).

Governor Akeredolu prayed for  God’s continued grace over the family of Soji at this moment of grief even as He  grants them  the courage and fortitude to bear the loss.”