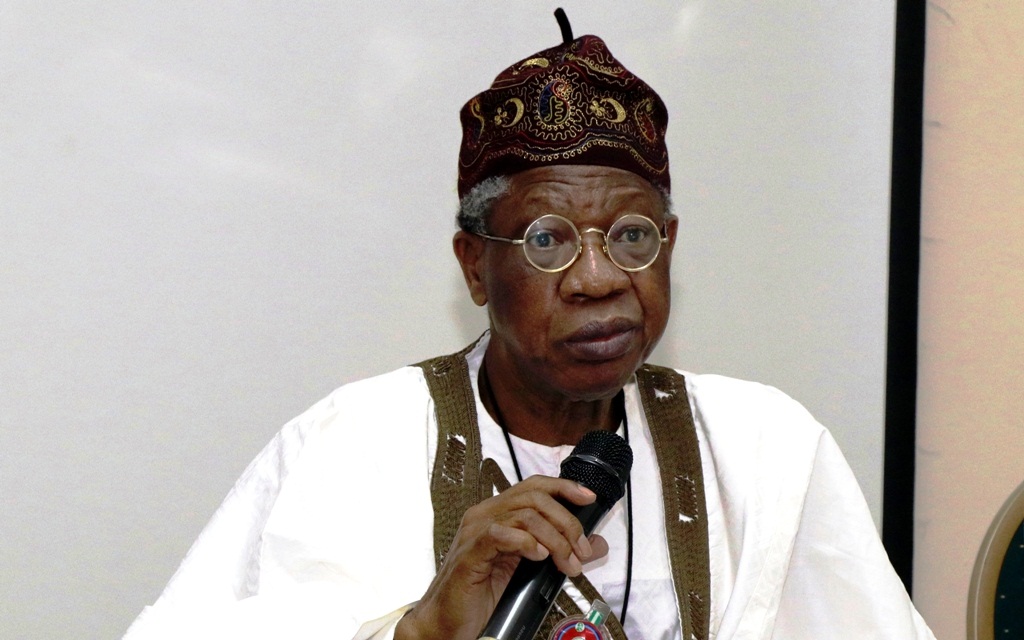 The Minister of Information and Orientation, Alhaji Lai Mohammed has charged journalists in the country to be more committed to the unity of the country.
Mohammed gave the charge at the Nigeria Union of Journalists National Conference with the theme ” The Media, Insecurity and National Unity” held in Port Harcourt, Rivers State capital.
He enjoined every journalist both in print and electronic media to always display professionalism for the nation’s building through promotion of peace and development of the country.
Represented by the Zonal Director, Nigeria Television Authority, Port Harcourt, Mrs. Bosede Adebayo, the minister said journalists as forth estate of the realm must rise to the responsibility of educating Nigerians on issue of security and nation building seriously.
“Our take away from here should be commitment of everybody especially every journalist to rise towards the unity of Nigeria as one nation, broadcast peace and development of the country.
“As the forth estate of the realm, yet have the responsibility to discharge your duty and cannot afford to lose focus.
In his keynote address, the Abia State Governor, Dr. Okezie lkpeazu, said the media have responsibility to save the country by deescalating the reportage of the activities of criminal elements.
According to him, the practice of reporting crime and criminal activities, will only cause further division among Nigerians and perhaps exonerate the real culprits.
He called on the media to circumspect and install effective internal professional checks and balances in crime reportage.
While declaring the event open, Rivers State Governor, Nyesom Wike, noted lack of federal character as serious issue that called for urgent address through gender equilibrium and sense of belonging to all.
Earlier in his welcome address, the National President, NUJ, Chris lsiguzo, said the event was timely following the pivotal role of the media as an effective tool for addressing issues of national unity and insecurity.
While conceding the fact that, the fight against terrorism and banditry is extremely difficult,lsiguzo expressed belief that the media could contribute immensely in waging war against insecurity in the country.