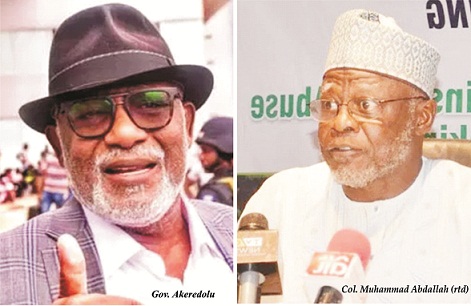 By Fadero Oluwafemi & Olaseyo Toyosi
|
The ongoing arguments on the efficacy of cannabis are long overdue for researchers to put to rest. As many scholars had advocated the necessity to incorporate this plant as part of our God given common wealth, the contemporary imbroglio going on shows that the submissions of scholars on the plant in many studies; is like an idea whose time has come.  Cannabis also known as marijuana has been known to man for over 10,000 years ago, as a plant, it is recognized for its fiber and psychoactive properties.

The purported effects of the psychoactive properties of marijuana however, have attracted vilification and condemnation of the plant, to the extent that its production, circulation, sales and use were banned all over the world, except, of recent, in Uruguay, Thailand, South Africa and Canada. Though, the utilities of marijuana are not in doubt, the controversial and hypocritical criminalization of the plant had prevented humanity from availing itself of the uses of the plant (Ayenigbara, 2014). The UN office on Drugs and Crime  has argued that it is the world’s most commonly used plant as illicit substance and estimates suggest there are between 119 and 224 million cannabis users worldwide. Estimates from the National Survey on Drug Use and Health suggest that there are 18.1 million current (past month) marijuana users in the United.

In America Marijuana use often begins during adolescence and by 12th grade, 36% of young people in the United States report past-year marijuana use as submitted by Johnston, O’Malley, Bachman, and Schulenberg,

Cannabis in Nigeria is illegal yet the country is a major source of West African-grown cannabis, and ranked world’s eight highest consumer of cannabis. Cannabis is widely grown across the States of Nigeria including Ondo State, Edo State, Delta State, Osun State, Oyo State and Ogun State. During Nigeria’s second military Junta, the military rulers issued Decree 20, which made the death penalty an available punishment for drug trafficking, though this was used only sparingly, focused on cocaine, and removed in 1985; this was concluded by Obinna. Nigeria strengthened its focus on cannabis eradication with the 1994 launch of “Operation Burn the Weeds”, but the eradication program peaked in the 1999 at 3500 hectares (vice 40 hectares in 1994) before falling substantially in the 2000s.  Etannibi opined that, despite Nigeria’s role as a transshipment point for cocaine and heroin, throughout the 20th century cannabis remained the only illicit drug produced domestically.

According to a report released by America’s National Institutes of Health, people have used marijuana, or cannabis, to treat their ailments for at least 3,000 years. However, the Food and Drug Administration have not deemed marijuana safe or effective in the treatment of any medical condition, although cannabidiol, a substance that is present in marijuana, received approval in June 2018 as a treatment for some types of epilepsy. This study is set to spank the old misconception of cannabis and how it can serve as a source of employment in Nigeria. It also emphasize the social, economic and medical values of cannabis with a view of advocating for its legalization in Nigeria.

According to Ayenigbara, for more than 10,000 years ago, during the stone age. The term “Marijuana” is thought to be based on the Portuguese word “mariguango”, which translates as intoxicant. The Cannabis plant most commonly is known today as a potent psychoactive substance, but for many years, it was harvested primarily for its fiber. These strong hemp fibers were employed in the production of rope, clothes, and ship sails. Archeologists at a Taiwanese site have discovered pots made of fibers, presumed to be from the cannabis plant. Although used for several centuries in other parts of the world for its mind-altering properties, it was not until the first third of this century that its psychoactive properties were recognized in the United States. After that, the hemp plant has been, more often, harvested for its psychoactive effects.

The earliest known references to the use of cannabis for its pharmacological properties are attributed to Shen Nung about 2800 B.C. Shen Nung was a mythical Chinese emperor, and pharmacist who purportedly shared with his subject knowledge of the medicinal uses of Cannabis. Though cannabis has long been present in Eastern and Central Africa, as well as throughout North Africa, most scholars believe cannabis only gained traction in Nigeria in the 20th century. It is widely believed that cannabis was introduced to the area by soldiers and sailors returning from conflict zones in North Africa and the Far East during and after World War II, though some scholars have stated that British colonial authorities had engaged in small-scale cannabis and coca cultivation as early as the 1930s. The cultivation of cannabis spread rapidly during the 1960s thereby making it a public issue in Nigeria after its abuse by individuals and psychiatric patients.

Ayenigbara concluded that, marijuana is beneficial in some of which are elucidated below.

Marijuana, for many years was harvested primarily for its strong fibers. These strong fibers, according to experts, cannabis is employed in the production of the followings;

Cannabis sativa can also be utilized for the following:

*Cannabis biomass as a source of energy

* Cannabis as a biogas substrate

* Cannabis as a bio-ethanol substrate

*Effect on the Economy

Many have come to know the effectiveness of cannabis in the treatment of different illnesses some of which are:

Cannabis and employment generation in Nigeria

Cannabis and  unemployment  in Nigeria, it can be argued, stating Thailand, south Africa, Uruguay and Canada as points of views, where recreational sales of cannabis is legal, its legalization will create jobs for numbers of people. If granted legal operation, the industry will help reduce drug trafficking in the country and those involved in the cultivation, and consumption of cannabis can have something better to do. It is evidence that since the early 1960s Nigerians has been involved in the cultivation and use of cannabis.

Therefore, legalized cannabis has a great potentials of giving employment to those who may likely use it for daily survival, in a large population like Nigeria, it can be noted that people will have large patronage from different individuals in the country. This move will create jobs and as well help the government to save money and increase balance of payment. There are lots of people in the country who are suffering from diseases that ordinarily would have been cured by the use of cannabis, and the numbers keep increasing on daily basis, as the experts in the curative medicine are making patronage, the people of the country are getting healthier and the country will keep developing because the most productive society has a large numbers of healthy citizens.

The study strived to put a stop to the negative perception on the use of cannabis in Nigeria, it essentially looked into the medical, recreational, industrial and other useful benefit of cannabis to individuals and the society at large. It is highly Sacrosanct, how its legalization can help generate jobs for numbers of unemployed individuals. The perception of many Nigerians about the abuse of the plant if legalized is imperative but nevertheless, it will be of great importance if the government could lift the banned on the plant and place a law on the age of consumption like alcohol and cigarette. With proper knowledge on the use of cannabis, it is expected that if legalized it has the potential of replicating what is happening in the USA, Thailand and Canada in Nigeria and therefore concluded that cannabis is beneficial to humanity, and that the reasons adduced for banning it are controversial, and hypocritical.

Based on the findings of this study, the following recommendations were made:

Seminars on the benefits of cannabis should be organized by health educators, as this may help to lift the ban placed on cannabis in Nigeria

The ban placed on cannabis should be lifted and it should be produced legally, distributed, sold and be used for sustainable development in Nigeria.

As many states in Nigeria are not economically viable; this is a virgin land for them to generate aggressive internally generated revenue (IGR). As this particular plant could improve their GDPs and that of the country at large.

The hypocritical and holier than thou perceptions of Nigerians on this plant must be looked into by National Orientation Agencies as we will be shortchanging ourselves if it continues.

Fadero and Olaseyo are of the Department of Human Kinetics and Health Education, Adekunle Ajasin University, Akungba Akoko, Ondo State