Missing boy: Court to fix judgment date by next adjournment 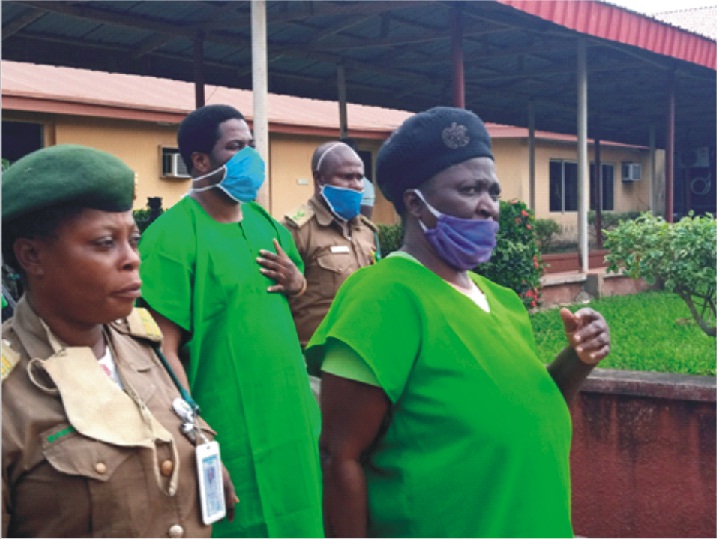 From all indications, the court would fix judgment date by the next adjournment for adoption of written adresses by both parties in the ongoing kidnap case at Sotitobire Praising Chapel.
The adjournment date for the adoption of written adresses was fixed for September 14, 2020 as the court will proceed on recess by August 4, 2020 for a period of four weeks.
During the hearing, the defense in continuation called the last witness, Olayinka Abolade, who told the court that he was a radiographer and that he does not know the Defendants personally.
He told the court that about two weeks ago, he was engaged by Pastor Gideon, a member of Sotitobire Praising Chapel to download some videos and also subtitle the part recorded in Yoruba language.
He said he downloaded the material on his techno spark 4 and transferred it to his Dell latitude 3410.
He explained that he had downloaded four videos, with two of them from the church Facebook page and the remaining from YouTube.
He said one of them was a prayer session organized by the church, the second video was on the nterview granted to a television channel by the mother of the missing child.
He testified that he had subtitled it and transferred it on to a flash drive.
The defense counsel, Akinyemi Omoware sought to tender the flash drive and the certificate of compliance as identification before the court.
The Attorney-General and Commissioner for Justice Adekola Olawoye on the part of the prosecution raised objection that the materials were not filed in the proof of evidence and thereby constitute springing a surprise on the prosecution.
He therefore urged the court to reject the application.
After arguments between the two counsels, the court eventually admitted the flash drives as evidence before the court.
The witness displayed the evidence on a television for the court to watch.
The first flash contained the prayer organized by the church for recovering the missing boy while the second evidence showed an interview he granted to a television crew.
In the interview, he narrated how the event unfolded on the fateful day of the child’s disappearance.
He also boasted that had the parents of the missing boy respected the call upon his life, he would have prayed for them to find their child.
Another video was also played where the mother, Modupe Kolawole narrated how she went along with some thugs to cause mayhem at the Sotitobire Praising Chapel church Akure.
The trial judge replied that he was less concerned about any mayhem unleashed on the church as the case before him was that of a missing child.
The lead defense counsel, Akinyemi Omoware had reminded the court that the mother of the missing boy had lied under oath when she was confronted with the fact.
The Attorney-General had then replied him that if he had been in the mother’s shoes, he would have gone to the church with a Dane gun.
Under cross-examination by the Attorney-General, the witness told the court that he was not a member of the church but was only contracted to carry out the download and transfer of videos.
He admitted that he was not given the material on the service of the 10th of November, 2019 when the child got missing having earlier told the court that the church have a Facebook and YouTube account.
He also said that he did not know the time, date and how the video of the intercession prayers were recorded.
He admitted that he cannot vouch for the authenticity of the videos as he was only instructed to download and transfer to a flash.
At the point of closing it’s case, Omoware told the court although off record, that the police did not conduct proper investigation into the case when he wrote a petition to them the second day after the child went missing.
The case was thereafter adjourned till September 14, 2020 for adoption of written addresses.